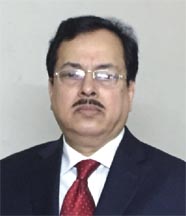 War takes life and destroys civilisations. It produces nothing but pain and sufferings. Children in Iraq, Afghanistan and Syria are being brought up in the open air on the war-ravaged roads. They now sleep in the shadows of bomb-hit buildings. Ever since they have come under attack in 2003, men, women, and children of Iraq have become accustomed to the smell of gun powder all around. Over decades of war they have become resilient to the scenes of death, blood and devastation.

But Donald Trump, born with a silver spoon in mouth and habituated with the luxury of modern life, may not understand the life of the children of the war-torn nations but could sense that the war may take away his comfort he is enjoying at the moment. President Donald Trump might have been thinking of attacking Iran but at the same time he was possibly calculating how much benefit he would derive out of Iran attack if the amount of casualties turns out to be very high.

It is not clear what war strategy the US has taken this time. In the case of Syria, it was a “no boot on the ground” policy, though the Syria attack didn’t take place. According to the New York Times, President Trump said Friday morning that the United States military had been ‘cocked and loaded’ for a strike against Iran on Thursday night, but that he called it off with 10 minutes to spare when a general told him that 150 people would probably die in the attack. Trump made it clear that he cannot afford that much casualty before the upcoming presidential election for which he has already started campaign.

It was assumed by the informed sources that Israel, the most trusted ally of USA in the Middle East, has long been in a plan to teach Iran a good lesson. Both had chalked out a plan to attack Iran and they would jointly start massive airstrikes in all the major cities including Tehran. Sometimes in 2004, one US general who was not to be quoted had expressed his idea about the war said they had a plan to launch a carpet bombing from the 5,000 feet above of the high altitude so that the Iranian anti-aircraft cannon can’t reach the US fighter jets.

Iran was allegedly supplying money and arms to the Hammas which Israel has long been fighting against. On the other hand, Israel is enjoying unequivocal support from the US for its (Israel) total cause. If the war breaks out, major powers in Arab world including Saudi Arabia, Arab Emirates, Kuwait, Qatar, and Egypt will take the side of USA and Israel. Qatar has problems with Saudi Arabia but in the case of USA it will be sided with US allies.

The main question about the role of China and Russia in the Gulf War must be taken into serious considerations as Trump has been at loggerheads with China on trade war. Recent US action against Chinese telecommunication Giant Huawi has further aggravated the US-China hostility. Moreover, defying the US sanction, China continues to runbusiness with Iran. Russian role in Iran war would certainly be the same as China. Russia continues cooperation with Iran despite imposing sanction by US.

Iran’s rapid development of missile expertise has raised concerns in Washington and among its allies about Tehran’s intentions. Despite international censure, the Revolutionary Guards have been able to develop the largest and most diverse ballistic missile arsenal in the region. Tehran is determined to develop and acquire ever more advanced and accurate ballistic missiles – but its efforts to achieve that goal are hampered by American and Israeli determination to subvert it.

A key component of Iran’s military doctrine is the development of an indigenous ballistic missile programme, and the country’s rapid development of missile expertise has raised concerns in the US and among its allies. Iran embarked on an indigenous ballistic missile programme in 1986, when the Revolutionary Guards created a “self-sufficiency unit” to develop military industries that would not require assistance from other countries. Headed by Gen. Hassan Tehrani-Moghaddam, the “founding father” of the Iranian missile programme, the unit was essentially an R&D facility for missile technology.

So, Trump might have been thinking twice before going to attack Iran or thinking that if the US can afford war after the trillions of dollars thrown in to the Iraq war and the global financial crisis in 2008, in which USA was the worst affected. The US citizens voted Trump to power because Trump was giving direct and harsh reactions against the Islamic Extremists during the election campaign in 2016. It is expected that he would not support or be engaged in a long-drawn war which would drain hard earned money of the tax-payers.

It is hoped that some good and cool headed advisers surrounding Trump would weigh the pros and cons of such war and give him the best advices, which would bring benefit for the people of the US in the long run. Donald Trump’s chance for a second round at the Oval office largely depends on his decision on Iran at the moment.

Rain likely at many places over country

1 crushed to death by train in Jamalpur