Sunroofs are nice and all—especially the latest panoramic ones. But although they let in some lovely light and breeze and they certainly keep the cabin quiet and secure when closed, they can't replace the windy free sensation and true horizon-to-horizon panoramic visibility and openness of a full convertible. But canvas-topped convertibles leave your valuables just a switchblade-slash away from the nearest opportunistic hoodlum. The answer? A rigid top that comes off. Herewith we present every 2020 hardtop convertible vehicle currently available on the American market. The pickings are slim, especially if you restrict your search to vehicles with a traditional convertible top that does all the work for you, lowering itself at the touch of a button—you know, like on a 1957-1959 Ford Fairlane 500 Skyliner. A decade ago, there were 11 different cars offering a one-button retractable hardtop—and two of those also offered a soft top (Chrysler Sebring and Mazda MX-5). What's more, nine of these retractables were priced below $50 grand to start. Today there are still 10 one-button hard-tops, but only three of them sell for less than $60,000 (the equivalent of $50K a decade ago). Another three vehicles offer hard tops that come off, and two of those (the Jeep Wrangler and Gladiator) fit under that price cap, but removing these hardtops takes two people and tools, calling into question their qualifications as "convertible." So with that preamble, here's every 2020 hardtop convertible you can buy, listed from cheapest to spendiest.

We hesitate to include this one at all, given that completely removing the top is an epic task involving removal of eight bolts, disconnecting electrical and windshield-washer fluid lines, and lifting some 100 pounds of bulky top off the vehicle (and then safely storing it somewhere—preferably on an aftermarket top stowage dolly). But even if you never do that, the two "Freedom Panels" above the front seat come off like T-tops of old (but without leaving a "T-bar") and stow easily in protective bags in the back. In this mode, especially if you remove the doors, the feeling of openness will be akin to that of the Mazda MX-5 RF.

All the comments relative to the Wrangler above pretty much apply here, too, except that without the section covering the cargo area of the Wrangler Unlimited, the Gladiator top weighs a bit less. Jeep has at least done much to ease the process of removing the top (and doors and windshield) from the Wrangler and Gladiator by providing safe, tidy places to stow the electrical connectors when the top is off, by providing the tool required for removing the bolts, and by designing in a safe spot to store the bolts (in the back of the cargo area on Wranglers and under the rear seat in Gladiators). Jeep even provides little rubber blocks that protect the lower C-pillar corners of the Gladiator hardtop if setting it on the floor (but please don't risk damage, and buy a stowage dolly). 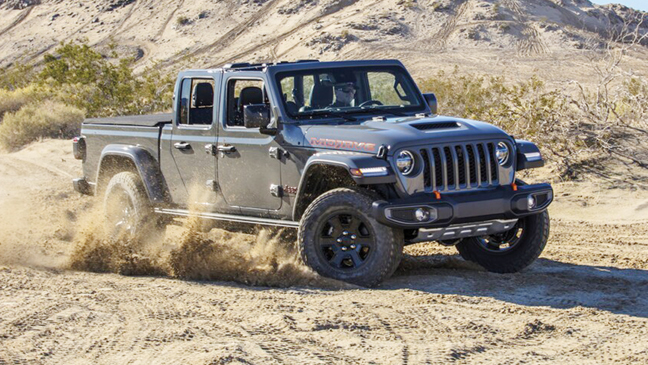 This cheerful two-seater retractable hardtop convertible—which started life as the SLK in 2011—soldiers on with a slightly shrunken version of the SL's top. In both, the C-pillars pivot backward as the main roof panel folds into the trunk while the rear window pivots to nestle under the roof panel with its outside facing up. As in pretty much every retractable since the '57 Ford, luggage must be restricted to a small area in the trunk, which here again must be covered by a panel before the top will operate. Luggage in this compartment is really only accessible when the roof is up. Sadly, 2020 is to be the last year for the SLC, a fact that is celebrated with "Final Edition" headrest embroidery and other trim flourishes.

The base Corvette's roof can be manually removed and stowed in the rear trunk, but the convertible model features the Corvette's first fully automated one-button retractable hardtop. It stows neatly above the compact 6.2-liter LT2 V-8 engine to leave luggage space utterly unaffected. Here the rear window is a vertical pane that can be lowered independent of the top, and the top divides into two panels before stowing beneath a giant tonneau panel with "speedster" hump/flying buttresses that preserve the coupe's fast-back coupe profile. The top can be raised or lowered in 16 seconds at any speed below 30 mph. Between the front and rear luggage compartments, all C8 Corvettes provide more combined luggage space than any competing mid-engine performance cars. 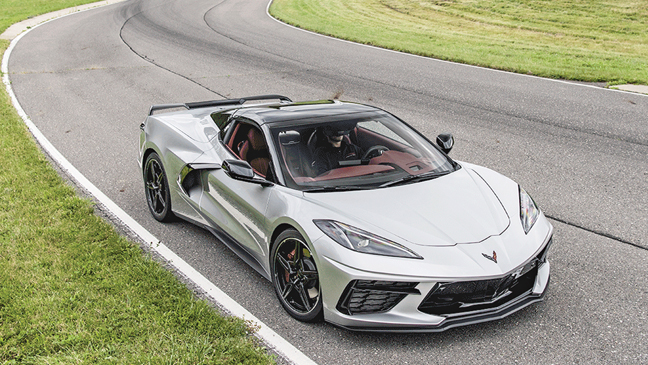 This recent replacement for the 488 and 488 Pista Spiders based on the new F8 Tributo mid-engine coupe uses a very similar top mechanism to the 458 and 488. It uses two panels and a rear-hinged tonneau cover with a vertical retracting rear window like the C8 Corvette setup, but while the Corvette's roof panels both end up painted-side up, the Ferrari roof sections flip backward, pivoting about the B-pillar to stow headliner-up. The mechanism seems simpler, the operation takes just 14 seconds, and the roof can be operated at up to 28 mph. As with most mid-engine cars other than the Corvette, luggage space is minimal and restricted to the front trunk. 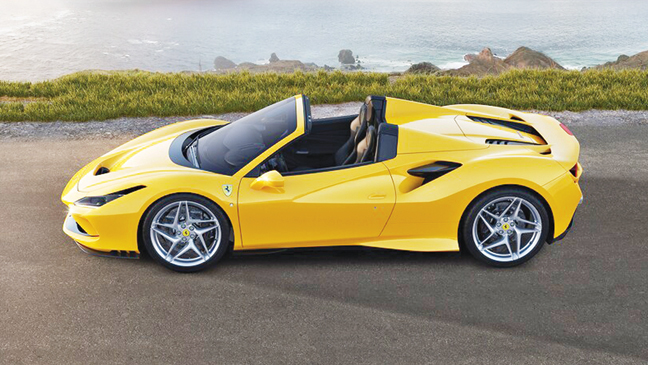 Those needing a retractable hardtop convertible with a bit more speed than offered by McLaren's Sports Series can step up to this Super series 720S Spider. This upgrades the engine to McLaren's M840T 4.0-liter twin-turbo V-8, which makes 710 hp and 568 lb-ft. The 720S is good for 212 mph with the top up, 202 mph with it down—presuming you can find somewhere to stretch its legs. Its top is simpler than the one on the Sports Series cars, in that it involves a single roof panel that merely transfers back under the tonneau cover and stows, painted surface up. An electrochromic tinting glass roof panel is offered for $9,100. 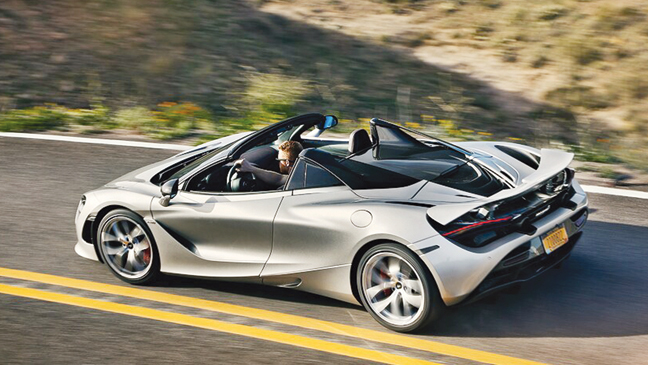 This one also seems to deserve something of an asterisk. Yes, it's a one-button operation to remove the roof panel above your head, but when it's all finished you're left with the B-pillars, roll-hoop, flying buttresses, and a rear wind-blocker in place, providing more of a targa feeling than the full convertible feel of the last-generation MX-5 Miata retractable hardtop convertible. Still, the price is right if you don't go nuts on the options, and it looks great. 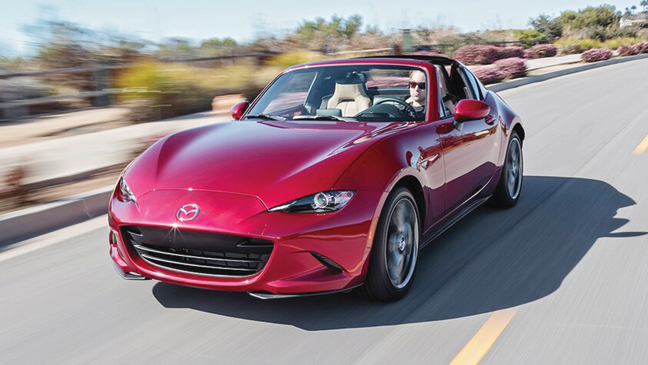 BMW has managed a minor miracle of engineering, packaging, and design by figuring out how to divide the top into three pieces and secrete them inside svelte bodywork that suffers none of that "junk-in-the-trunk" look that has afflicted many past retractables (we're looking at you, Lexus SC430 and Chrysler Sebring/200). The panel above the front seat nestles atop the panel above the rear seat, then the rear window and C-pillars section stacks on top of that, after which the whole works lowers into the trunk. The one slight concession to style is a pair of metal strips running down the outer edges of the top, which serve to guide the front panel over the rear. Lowering the top drastically reduces the usable stowage space in the trunk (which is demarcated by a panel that must be in place for the top to lower). An elaborate mechanism conveniently raises the trunklid and top to permit access to this limited stowage space, however. 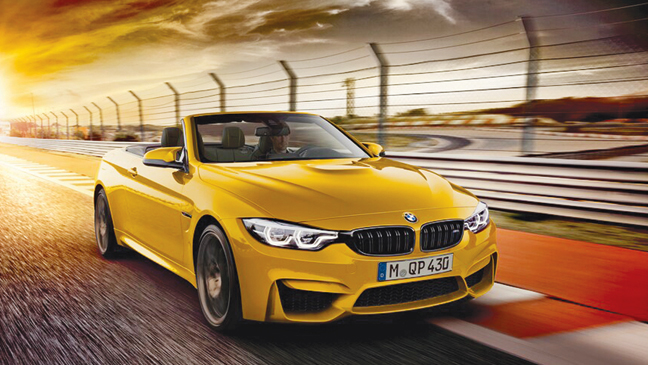 The fire-breathing 5.5-liter twin-turbo AMG SL 63 model has departed for 2020, but in truth the twin-turbocharged 3.0-liter six (362 hp/369 lb-ft) and 4.7-liter V-8 (449 hp/516 lb-ft) suit the grand-touring character of this car amply well. The top functions like that of the SLC, except the SL adds a luggage access feature that raises the top and automatically retracts the luggage divider panel to provide full access to your luggage. A $2,500 Magic Sky Control option involves a glass roof panel that can be electrically tinted from almost clear to almost opaque. A Grand Edition package is new this year, featuring special Designo Tundra Brown pearl leather and a mix of chrome and matte-silver trim. 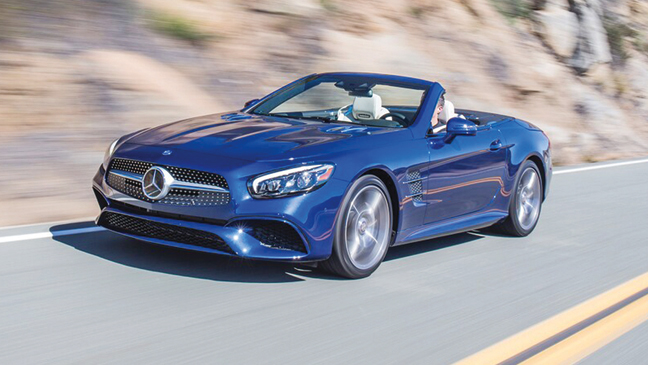 Ferrari's "entry level" 2+2 front-engine retractable hardtop convertible replaced the California model for 2018, shaving off some 176 pounds while improving structural rigidity by 35 percent. (Of course, the recently announced Roma fixed-roof model based on this architecture is another 400 pounds lighter and even stiffer.) When lowering this top, the entire rear window and pillar section articulates up and over the main roof panel, the trunk hinges backward, the whole works folds in, and the trunk closes. The stowed roof won't rise to access luggage, but the trunklid opening is quite low, so much of what's stowed in there remains accessible with the top down. 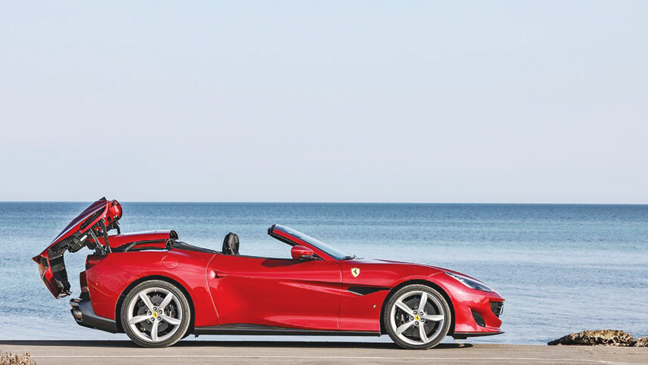 McLaren's Sports Series cars feature a carbon monocell tub structure that require no further reinforcement for convertible duty, so the weight difference between coupe and Spider models is limited to the top mechanism (about 100 pounds). Here again, like the mid-engine Corvette and Ferrari, there's a vertical window that goes down, a tonneau incorporating flying buttresses that hinges backward, and two roof panels—but McLaren pivots the rearmost one while the front just translates aft, so they end up stowing headliner-to-headliner. It also takes about 15 seconds to go up or down and works at speeds up to 25 mph. McLaren carpets the stowage area and suggests that some low-profile cargo might go in there when the top is up. Both models use the M838TE 3.8-liter twin-turbo V-8, but the 570S is tuned for 562 hp and 443 lb-ft and the 600LT produces 592 hp and 457 lb-ft of torque. 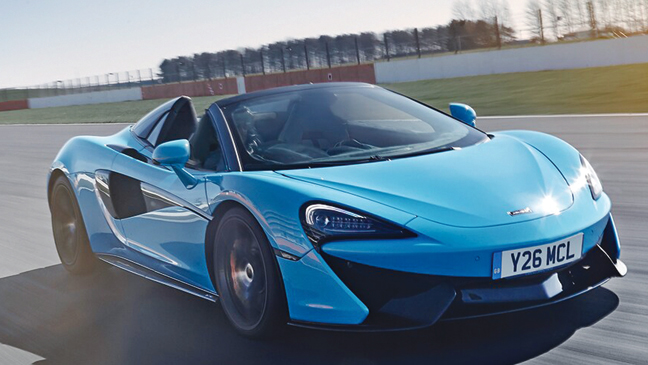 Love the classic long-hood/short-deck look of the Portofino, but long for the kind of accelerative urgency and smoothness that only a direct-injected 789-hp/530-lb-ft V-12 can provide? Well, look no further than the Ferrari 812 GTS. Its one-button top opens in 14 seconds at speeds up to 28 mph and looks and functions almost identically to that of the F8 Spider. Top speed is the same as that of the fixed-roof 812 Superfast—212 mph.

Interestingly, our cheapest and most expensive convertible cars with a retractable hardtop feature similar operation—completely manual. Like the Wrangler and Gladiator, the top covering the front seats consists of two T-top-like panels, again without the T-bar. Like the $30,985 Jeep, the $467,617 Lambo requires you to manually release and lift each panel off the car. At least the tiny frunk provides mounting points to securely hold the panels during your alfresco motoring session. And at least there are no motors, limit-switches, servos, or relays to fail. 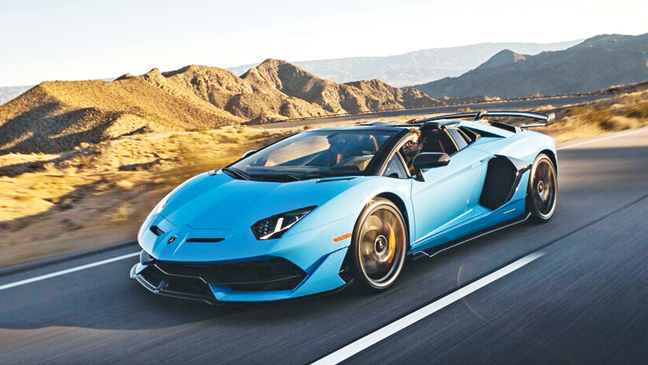 ‘Scordhing growth for renewables thanks to solar’