Selecting a safer car or SUV remains a major concern for many new-vehicle shoppers, especially families with precious cargo to protect. Luckily, today’s people movers are safer than ever, thanks to ongoing design and engineering advancements in occupant protection, and especially the ability of a growing number of models to help drivers avoid getting into crashes in the first place.

That’s why a record 64 vehicles from the 2020 model year have earned either “Top Safety Pick” or “Top Safety Pick+” honors in crash tests and other evaluations conducted by the industry supported Insurance Institute for Highway Safety (IIHS). And that’s despite the IIHS ratcheting up its standards for 2020 by requiring a “good” passenger-side small overlap frontal crash-test rating (the top available score) for both awards. Last year, a good or “acceptable” (the second best) rating was sufficient to garner a Top Safety Pick award.

Among brands, Mazda received the most Top Safety Pick+ awards for the Mazda 3 sedan, Mazda 3 hatchback, Mazda 6, and the CX-3 and CX-5 crossover SUVs. Meanwhile the CX-9 crossover earned Top Safety Pick status. Among car companies, the Hyundai Motor Group — which includes the Genesis, Hyundai, and Kia brands — garnered the most awards overall, 14 Top Safety Picks and three Top Safety Picks+. At the other end of the scale, no vehicles from Fiat-Chrysler or Mitsubishi earned either award this year, nor have any minivans or pickup trucks.

Here’s how vehicles earn top marks from the IIHS:

To achieve Top Safety Pick status, a given model must receive good marks in all of the IIHS’ crashworthiness tests. These include front and side-impact crash tests, and both driver- and passenger-side small overlap frontal crash tests that replicate hitting a tree or light pole. In the real world, the IIHS says the driver of a vehicle that’s rated good is 70 percent less likely to die in a left-side crash, compared with someone piloting a model graded as “poor” in this regard.

Each top-rated model further earns a “superior” rating for its standard or optional forward emergency automatic braking system. That means it can automatically apply the brakes if necessary to avoid a crash or reduce speeds by at least 5 mph in two tests conducted at 12 and 25 mph.

The IIHS now also considers pedestrian detection performance, where available, in evaluating emergency braking systems. Vehicles are tested under three circumstances at two different speeds: an adult pedestrian stepping into the street in the path of the oncoming vehicle with an unobstructed view, a child darting into the street from behind two parked cars, and an adult pedestrian near the side of the road in the travel lane, facing away from traffic.

In order to get the “plus,” a vehicle must further offer good or acceptable-rated headlights. This is an often overlooked, but critical element of vehicle safety, as about half of traffic deaths occur either in the dark or at dawn or dusk. The IIHS says many poor-rated systems don't provide enough illumination to enable a driver going 55 mph on a straight road to stop in time after spotting an obstacle in the vehicle’s path. Unfortunately, the best headlight systems are often optional and, at that, are only available on higher trim levels. They’re standard this year on six of the 23 top-rated models.

Two caveats: First, not all models on the market are crash tested and evaluated. The IIHS focuses its efforts on the industry’s best-selling vehicles, which tends leave out low-volume sports cars and luxury vehicles at the upper end of the price spectrum. What’s more, some new or fully redesigned vehicles may not have yet been put though their paces.

Second, given the laws of physics, frontal crash-test results can only be accurately compared among same-size vehicles. This means a top-rated compact car will not necessarily offer the same level of occupant protection as a larger sedan or SUV in a given collision. Side-impact tests, on the other hand, can be readily compared across vehicle size and weight classifications due to the manner in which they are conducted.

Here are the IIHS Top Safety Pick+ rated cars and SUVs for 2020: 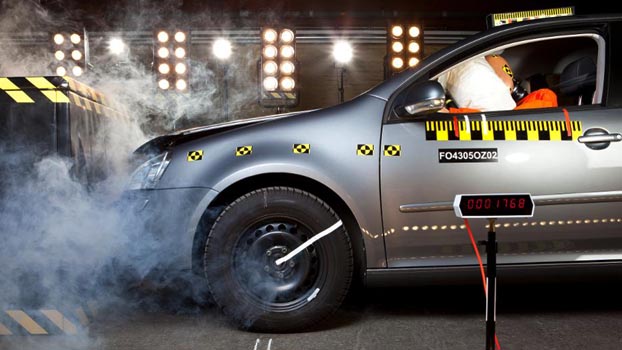 Oil posted the longest run of weekly gains since April

Number of US active drilling rigs decreases this week