No research work at 50pc of universities 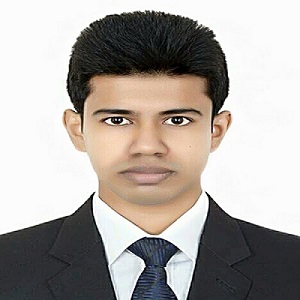 Half of the total universities in the country do not have any research activities though it is the most important task for intellectual and economic growth.

More than 60 universities in the country did not conduct any research as the universities had no allocation in this sector last year.

Besides, at least 56 universities had no publication last year.  None of the teachers of these universities could publish any article, periodical or research paper in any journal, according to the 46th annual report of the University Grants Commission (UGC).

Although research is the main task of higher education, public and private universities of the country are falling behind in this sector, experts said.

According to the recent report of UGC,125 public and private universities in the country altogether spent only Tk153 croreon research activities in 2019.

Each public university, on average, spent only 1.14 percent of their total budgets on research while the private universities spent 2.96 percent in this sector.

However, experts said that the allocation for research should be at least 10 to 15 percent of the total budget.

Teachers concernedsay that meritorious teachers are turning away from research due to lack of goodwill, good labs, inadequacy in allocation for research, non-recognition of good research, and giving priority to political ideology over research in promotion.

According to them, universities have now become mere certificate-providing institutions. There is no difference between a school and a university if there is no research.

Sirajul Islam Chowdhury, professor emeritus at Dhaka University, told Bangladesh Post, “Universities are lagging behind as teachers have turned away from real activities norm and entered politics. They have become more interested in administrative work. Thus, they don’t have time to carry out research.”

Meanwhile, Bangladesh records a poor performance in the Global Knowledge Index 2020, due to low expenditure in research by the universities, experts say.

Bangladesh ranked 112th out of 138 countries in the index indicating the country's weak performance in terms of knowledge infrastructure. On the latest index, it improved its overall score by 0.9 points to 35.9, but it remains below the global average of 46.7.

UGC Member Prof Dr Md Sazzad Hossain told the Bangladesh Post, “The allocation for research has been increased, not reduced. As universities are meaningless without research, not only UGC, universities, teachers, researchers and other industries have to come forward in this work.”

He said, “The government is keen to raise fund for the research sector. However, research at the universities is not increasing due to unfavorable environment and conditions. Only giving money will not increase the volume of research, there is a risk that allocation will be wasted. Researchers should be encouraged to take this sector forward.”

Moreover, 37 private universities did not have any publication in 2019. And 19 public universities could not publish a single article in 2019. Those who have published are also nominal. There is no allocation for research in 7 government universities.