Japanese Ambassador to Bangladesh Ito Naoki visited Rohingya refugee camps in Cox’s Bazar on Sunday to see the progress of the construction of drainage system by World Vision in camp 8E at Cox’s Bazar’s Ukhiya.

Ahosan Habib, Camp-in-Charge (CiC) and Senior Assistant Secretary at the Office of the Refugee Relief and Repatriation Commissioner (RRRC), D. Fredrick Christopher, Response Director at Bangladesh Rohingya Crisis Response, World Vision, and other officials accompanied him during the tour.

While visiting the site, the ambassador talked to camp residents, Camp-in-Charge (CiC) and World Vision officials to know how the project is bringing changes to the life of the refugees.

He appreciated World Vision’s contribution to the reduction of the disaster risks in the camp area. 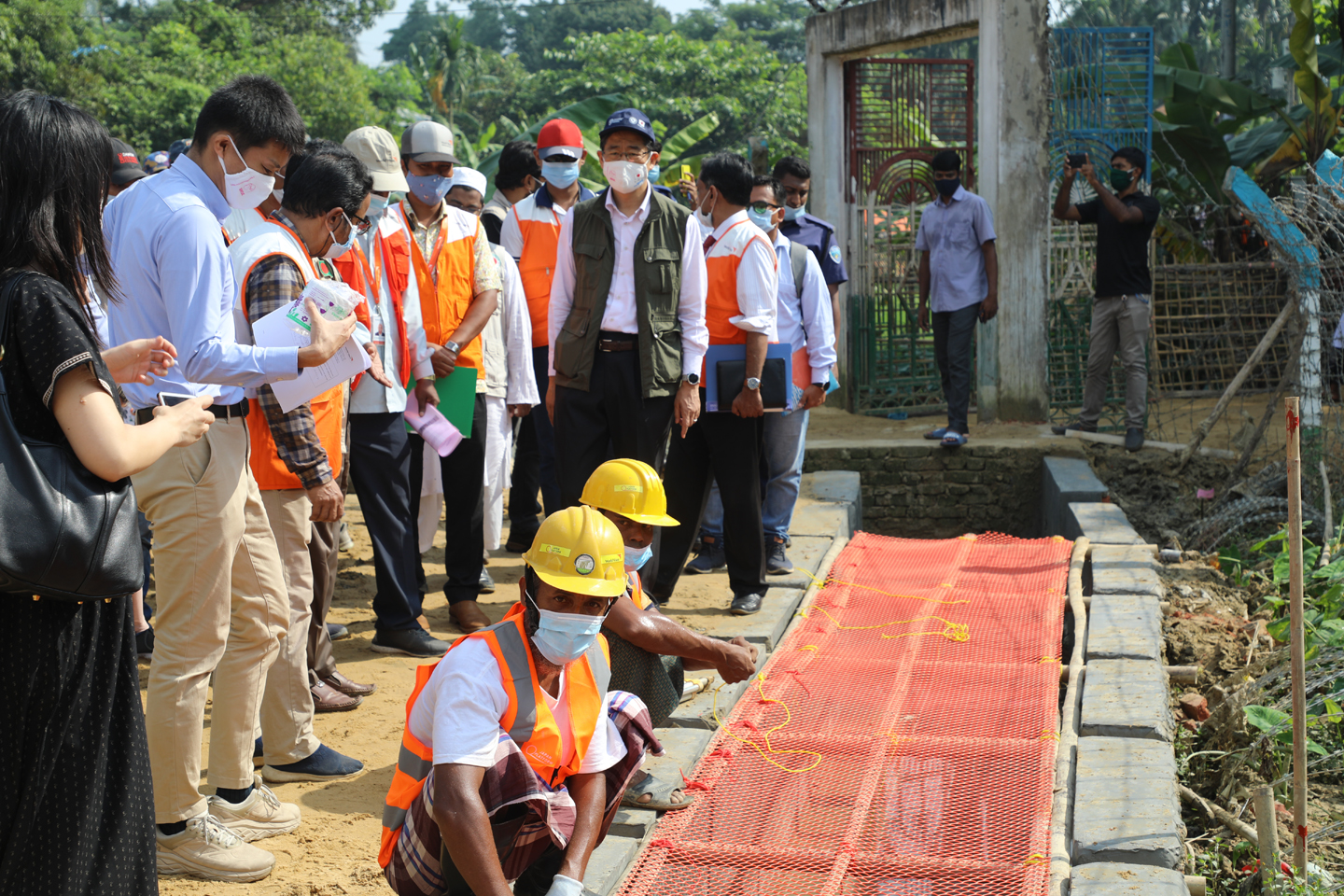 “I’m really impressed by the way the drainage work is going on. The Rohingya crisis has been persisting for four years. So it’s very important to address the issues and challenges the Rohingya community face,” he said.

Ito Naoki said World Vision has been making a wonderful contribution to voluntary and infrastructural drainage work for a better life of the Rohingya people.

He said the international community needs to work for the repatriation of the Rohingya refugees besides continuing their efforts to provide opportunities to them for improving their life.

The drainage project funded by the government of Japan through an aid agency -- Japan Platform (JPF) -- aims to construct drains in the camp area to make it liveable for the inhabitants.

Rohingya beneficiaries expressed gratitude to the government of Japan and World Vision for extending a helping hand to them.

They said they faced difficulties in moving in the area for the pitiable condition of the road, which gets muddy during the monsoon for the lack of drains. 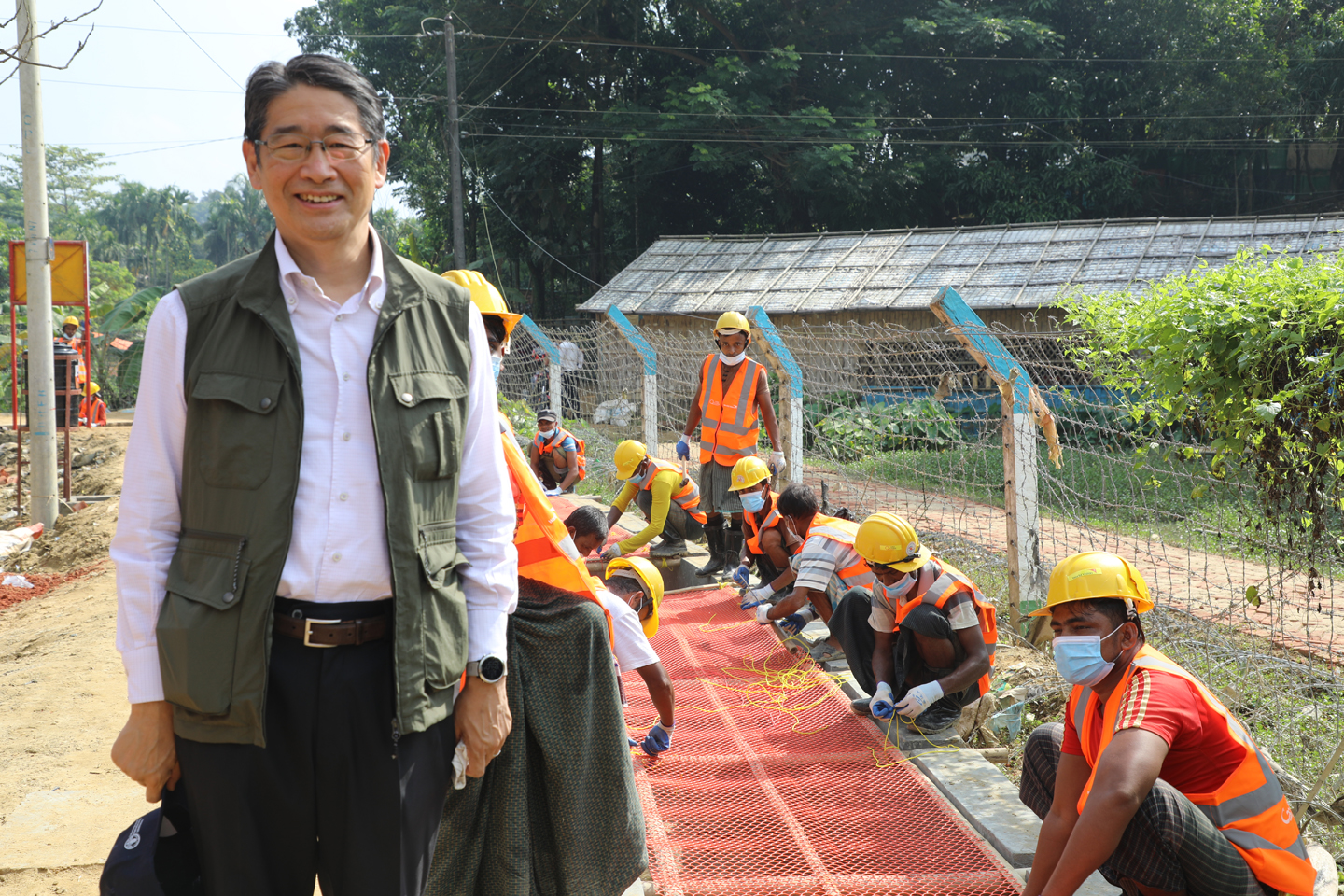 World Vision’s Response Director Dr Fredrick Christopher said the internal drainages system and access pathways collapsed due to the deposition of huge debris and waste after the devastating fire in the camp area early this year.

Moreover, the fire-affected people needed financial support to meet their emergency needs apart from food, shelter and WASH care, he said adding that World Vision, with the support from Japan Platform, started work to improve the drainage system in consultation with CiC and Site Management Office (SMO).

The Response Director thanked the government of Japan, Japan Platform and RRRC for extending their support to the stateless people for their better life.

Under the project, World Vision is constructing a 381-meter-long drain, which is directly benefiting more than a thousand Rohingya people.

According to World Vision, the reinforcement and rehabilitation of existing access roads, pathways and the construction of drainage system will strengthen disaster preparedness measures for people living in the area.

BNP’s yet another propaganda debunked