Many laws, particularly the tobacco control law and the wildlife preservation law, are still now being violated largely in making many films, telefilms, dramas, commercial advertisements and OTT platforms.

‘Hawa’, a most popular movie in recent time released on July 29, is the latest example of violation of the ‘Wildlife (Preservation and Security) Act, 2012’ and the ‘Smoking and Tobacco Products Usage (Control) (Amendment) Act, 2013’.

The wildlife preservation law is violated in the movie as a wild bird ‘Acridotheres’ (locally known as Shalik) is shown to be bound in a cage. At one point in the movie, the bird was killed and main actor Chanchal Chowdhury is seen eating the meat of the Acridotheres. The same movie’s behind-the-scenes footage features a stingray fish, which is a listed wildlife in Bangladesh, being picked up from the sea. 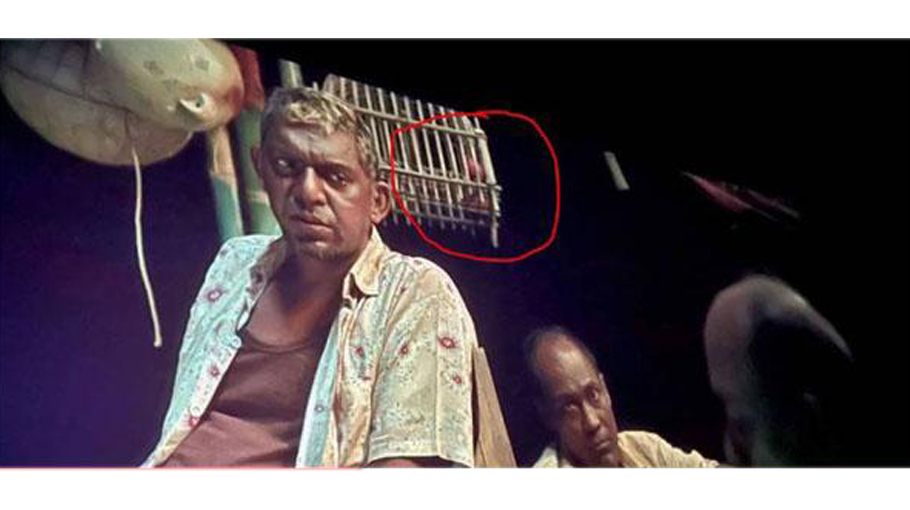 Conservationists and environmentalists expressed concern, saying that such scenes in movies and dramas encourage common people in hunting and killing wildlife.

The Harry Potter is mentioned as an example because the Harry Potter books and movies fueled a dramatic rise in the number of owls being traded as pets in Indonesia. In the Harry Potter films, Ron Weasley’s pet owl, nicknamed Pigwidgeon, is depicted as a common scops owl (Otus scops).

Apart from violation of the Wildlife (Preservation and Security) Act, 2012 in the movie- Hawa, several other recent dramas and commercial advertisements have also been seen violating the law. ‘Shesh Golpota Tumi’ is one of the recently released dramas where the wildlife preservation law is violated.

Directed by Anonno Emon, the drama ‘Shesh Golpota Tumi’ was released on March 24 this year. A scene in the drama shows a caged parrot bird, which is a violation of the wildlife conservation law. The Wildlife Crime Control Unit (WCCU) of the Forest Department filed a case against the drama as well as its director for violating the Wildlife (Preservation and Security) Act in the drama. The case is now in the court. 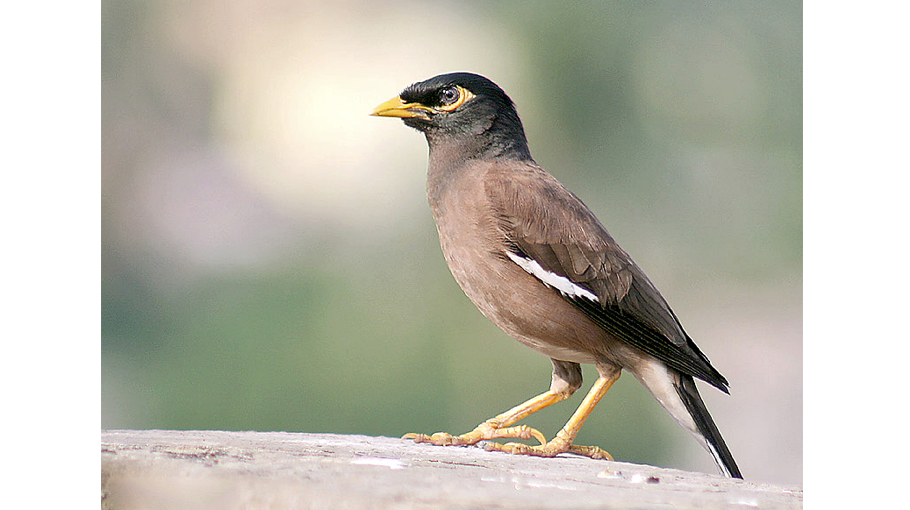 Directed by Mejbaur Rahman Sumon and performed by Chanchal Chowdhury, Nazifa Tushi and others, the ‘Hawa’ movie has gained great popularity. Main actor of the movie Chanchal Chowdhury is seen eating the meat of Acridotheres (locally known as Shalik) after killing it, while the wild bird is shown in a cage in the movie before killing.

About the allegation, Mejbaur Rahman Sumon said that he has written and directed the movie following the law. He denied the allegation of violation of law in this movie.

When asked for a comment for Bangladesh Post, Chanchal Chowdhury on Wednesday (August 10) expressed his annoyance with the environmentalists who raised questions over the movie. “I won’t say anything about this. Let them say whatever they want. Let them say as they are pleased to say. All are the independent citizens of the country,” he said angrily.

“We welcome the great success of Hawa movie in Bengali cinema. We believe that responsible culture or film can guide people. However, the scene of a Acridotheres in a cage and at one stage that was killed and eaten is unacceptable. This is a clear violation of the Wildlife (Preservation and Security) Act, 2012. The scene of fishing stingray fish (locally known as Shapla Pata Fish) in the sea is also a complete violation of the law as it is a marine animal,” said convener of Bangladesh Nature Conservation Alliance (BNCA) Prof Dr Ahmad Kamruzzaman Majumder.

According to him, BNCA, an alliance of 33 environmental organisations, is concerned with violation of the law in the movie.

Prof Dr Ahmad Kamruzzaman Majumder, who is also chairman of environmental science department of Stamford University, told the Bangladesh Post on Wednesday (August 10) that thousands of people are watching the movie every day. “We believe that the portrayal of such wildlife crimes will encourage common people to hunt, cage and kill birds.

Fishermen will also be encouraged to catch stingrays, which can make them subject to extinction, and affect the environment in turn. So, immediate action should be taken to stop portraying such images, said the BNCA convener.

He also said that such scenario in movies and dramas proves that the wildlife-related crimes are increasing and the wildlife is under threat.

The BNCA expressed deep concerns regarding animal abuse and violation of the Wildlife (Preservation and Security) Act, 2012 in Bangladeshi films. It also expressed concern over the silent role of the Wildlife Crime Control Unit (WCCU) of the Forest Department and condemned the department’s lack of measures to ensure the safety and security of wild animals in this regard.

“Despite the movie reaching thousands of people every day, the WCCU is seen playing a silent role still now. The WCCU’s silence proves its lack of sincerity in implementing the Wildlife (Preservation and Security) Act, 2012,” said the BNCA in a statement on Wednesday. 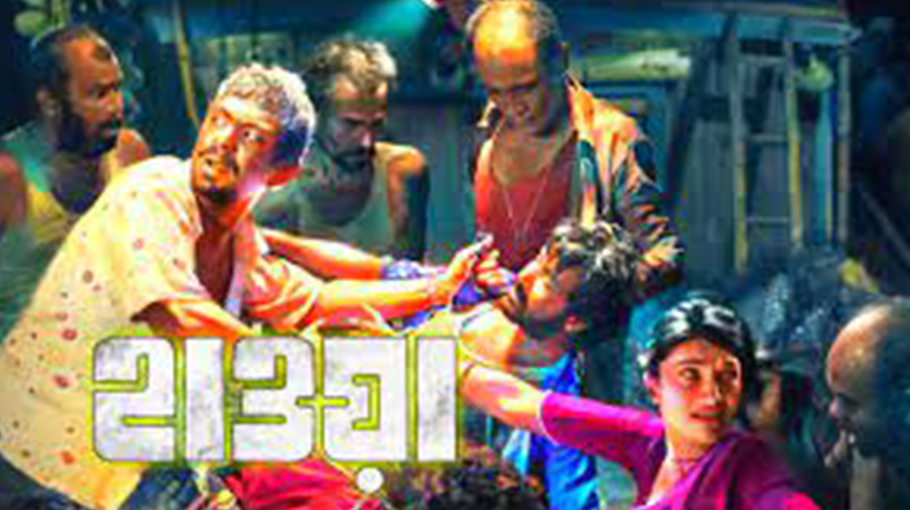 The environmental platforms demanded that the film’s director and the actors should issue a formal apology for showing scene of killing wildlife and immediately halt the release of the film.

The BNCA, however, warned that if action is not taken soon, environmental organisations will be forced to forge movement in the interest of wildlife protection as well as take legal action against the forest department and those involved in the film.

Md Sanaullah Patwary, director of Wildlife Crime Control Unit (WCCU), said that they were not playing a silent role over wildlife crimes. They would take initiative after reviewing the Hawa movie. “Since it is an offence to keep wild bird in cage, we are looking into the matter. If there is a violation of the law in the movie- ‘Hawa’, we will definitely take legal action and file a case,” he told Bangladesh Post

Nargis Sultana, wildlife inspector at the WCCU, said that inspectors have been assigned by the WCCU authorities to investigate the matter and now the investigation is going on. Action will be taken soon if the violation of wildlife preservation law is found in the ‘Hawa’ movie, she added.

The tobacco control law is also violated in the movie as smoking scene is displayed repeatedly. Directors and others related with the movie said that they display the smoking scene following the law.

Syeda Anonna Rahman, Head of Programme at Work for a Better Bangladesh (WBB Trust), said that the tobacco control law was not followed in the poster, which was published for the movie ‘Hawa’. She, however, said that it would have been better if there were no smoking scenes in the movie.

Syed Saiful Alam Shovan, an anti-tobacco activist, echoed the same as Anonna Rahman, saying that they wanted to see all the movies and dramas without smoking scenes.