Supra enthusiasts waited decades to see the iconic sports car make its return, and when the Toyota Supra finally returned to North American shores for the 2020 model year, it had the requisite inline-six under the hood. That fact, of course, was made possible with the partnership with BMW that also produced the 2020 Z4. But the only transmission was an eight-speed automatic, and as Toyota has now introduced the 2021 Supra for the car's second model year, that's still the case. And yet cries for an available manual transmission have not subsided.

It was not unreasonable to ask if it was coming for the 2021 model, which received big changes across the board. For starters, the turbocharged I-6 in the GR Supra 3.0 generates 47 more horsepower, bringing its specs to 382 hp and 368 lb-ft. And then there's the fact that the U.S. will get a four-cylinder version for the first time in the form of a 2.0-liter unit generating 255 hp and 295 lb-ft. Both engines are paired to the same eight-speed automatic.

On purpose. Supra chief engineer Tetsuya Tada has tested Supras with a manual but decided not to go there for a couple reasons. One, we're told, is that Toyota considers the automatic to be an excellent transmission that turns in faster times in the hands of a professional driver. The automatic can also handle a lot of torque, and Toyota knows a lot of tuners will raise the boost—and therefore the stress—on the transmission. 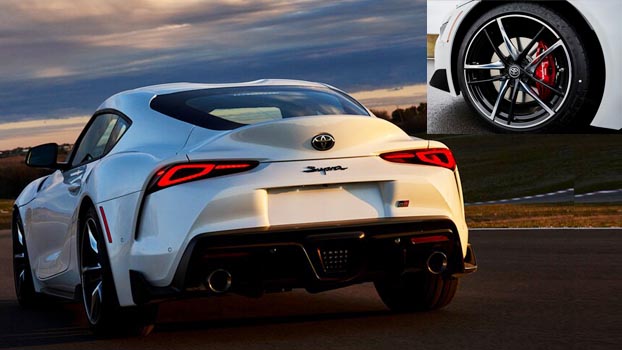 In past Supras, people were blowing up transmissions and Tada said he wanted to prevent that with the new car. But one of the main reasons Tada has no current plans to put a manual in the Supra is to better differentiate it from the Toyota 86, a car for which he also served as chief engineer. There will be a second-generation of the 86—Tada wouldn't provide exact timing—and it will have a manual, he told MotorTrend in an interview at the Daytona 500.

That being said, Tada said he knows people keep asking for a manual in the Supra and in time, after customers have driven the Supra with the automatic, if they are still clamoring for a manual, he will consider it. "It is not out of the question to see an update like that." Sports cars historically have hot-and-cold lifecycles that sees pent-up demand drive sales initially, but that can wane quickly.

Tada said he will continue to inject excitement into the Supra lineup with special editions and continued engineering to enhance the lineup and keep it fresh. Does that include a targa top? It would seem to be one of the easier things to do from an engineering standpoint, but Tada does not see the value. He reasons that after owners remove the top a few times and see the difficulty of finding a place to store it, they generally leave it in place.

How about an orange Supra like the one in the upcoming Fast and Furious flick F9? Not in the plans right now, but Toyota will monitor the buzz after the movie comes out. Meanwhile Toyota is taking orders now for the $200,000 GT4 race car with 430 hp that will be hit racing circuits next year. And, yes, it has considered the advantages of the compact Supra's short overhangs in rally competition.

As for the rumored Supra GRMN said to be in the works? "Limited editions are possible in the future," Tada told us with a smile.

Ukraine has 15.9 bcm of gas in storage so far for winter