Records of the Himalayan nation in the Indian subcontinent, Nepal mention the Gopalas and Mahishapalas believed to have been the earliest rulers with their capital at Matatirtha, the south-west corner of the Kathmandu Valley.

Kathmandu became the capital during the Kingdom of Gorkha – Prithvi Narayan Shah – who embarked on a conquering mission that led to the defeat of all the kingdoms in the valley (including Kirtipur which was an independent state) by 1769. The Shah dynasty ruled unified Nepal from 1769 to 2008.

On 28 May 2008, the Nepalese Constituent Assembly formally abolished the kingdom declaring the Federal Democratic Republic of Nepal in its place.

Nepal with rich ancient cultures set against the most dramatic scenery in the world is a land of discovery and unique experience. For broad minded individuals who value an experience that is authentic and mesmerizing, Nepal is the ideal destination. Come and revel in the untouched and the undiscovered and uncover yourself.

Tourism is one of the mainstays of Nepalese economy. It is also a major source of foreign exchange and revenue. Possessing 8 of the 10 highest mountains in the world, Nepal is a hotspot destination for mountaineers, rock climbers and people seeking adventures.

Nepal is the country of the Mount Everest, the highest mountain peak in the world, and the Birthplace of Gautama Buddha- Lumbini. 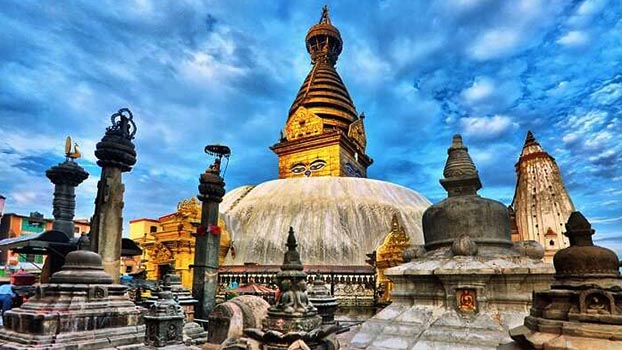 Mountaineering and other types of adventure tourism and ecotourism are important attractions for visitors. There are other important religious pilgrimage sites throughout the country for the followers of various sects and religions.

Nepal is a multi-religious society. The major religion in Nepal is Hinduism, and the Pashupatinath Temple, which is the world’s one of the main Hindu religious sites is located in Kathmandu, attracts many pilgrims and tourists. Other Hindu pilgrimage sites include the temple complex in Swargadwari located in the Pyuthan district, Lake Gosainkunda near Dhunche, the temples at Devghat, Manakamana temple in the Gorkha District, and Pathibhara near Phungling, Mahamrityunjaya Shivasan Nepal in Palpa District where biggest metallic idol of Lord Shiva is located.

Nepal is a paradise for bird lovers with over 646 species (almost 8% of the world total) of birds, and among them almost 500 hundred species are found in Kathmandu Valley alone.

Paragliding in Nepal can be a truly wonderful and fulfilling experience for the adventure seeking. A trip will take you over some of the best scenery on earth, as you share airspace with Himalayan griffins vultures, eagles, kites and float over villages, monasteries, temples, lakes and jungle, with a fantastic view of the majestic Himalayas.

National Parks located specially in the Terai region in Nepal attract visitors from all over the world. A visit to these parks involves game- stalking by a variety of means-foot, dugout canoe, jeep, and elephant back. One is bound to sight a one – horned rhino or two at every elephant safari.

Only awe-stricken silence can come close to matching the experience of going on a mountain flight to encounter the tallest mountains on earth. Mountain flights offer the closest possible aerial views of Mt. Everest, Kanchenjunga and the Tibetan Plateau. 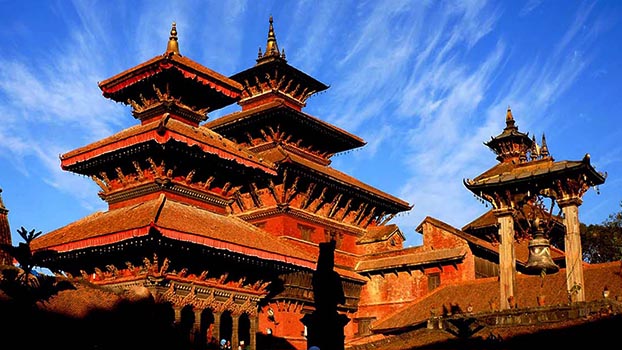