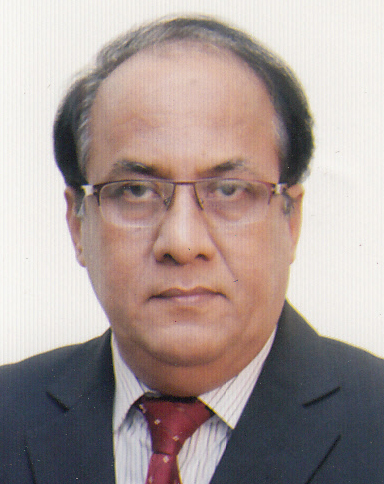 Old Dhaka’s growth and economy contributes to increased risks, greater damage and heightened challenges for the future mitigation of urban fire hazards. Crowded conditions alongside limited mechanisms for fire response and rescues exacerbates the damages. Fire fighters complain that delay in responding to fires happens due to the narrow streets and lack of hydrants or other sources of water to extinguish the fire.

The natural hazards described here cannot be considered in isolation, particularly in the urban context. Too often, here and there in Dhaka, buildings collapse due to poor constructions and non-following of building codes. In recent past, several such buildings were collapsed with many causalities. Just a few days back, a three storied building of such nature collapsed at Keranigonj. On the other hand, the event of one kind of disaster can itself prompt exposure to further hazards, consequently subjecting urban residents to a multitude of risks and vulnerabilities. For example, the event of an earthquake may also cause fires to start within the city due to falling objects, electrical faults and other accidents. Moreover, blockages caused by earthquakes can obstruct fire vehicles, limiting access to the source of the fire, and hence exacerbating its effects. Now-a-days ‘hanging’ wires and different suspended IT devices throughout the city became another severe threat. These all could leave to further and catastrophic loss of life and damage to assets. The hazard maps prepared by CDMP indicate how Dhaka is exposed to this multitude of hazards, showing flood susceptible areas, liquefaction zones and indicating the slum areas, where fire hazards are most intense. It is clear, then, that many areas of Dhaka, and particularly the slum and peripheral areas are at high risk from multiple hazards, which have the potential to occur simultaneously.

Considering all above, first of all, necessary steps should be taken to identify the vulnerable building and constructions in Dhaka city. At present, there are not any authorities for these works. In fact, authorities do not know that how many buildings (from shanties to skyscrapers) are there in Dhaka Metropolitan Region (DMR). Some people say that there are 1.5 million and some people say that there are more than 2 million buildings in DMR. After the Rana Plaza incidence, under the pressure of international buyers, it was surveyed and retrofitted many such RMG buildings by the ACCORD (supported by North American buyers) and ALLIANCE (supported by European Community buyers) Groups, and then they are closed their activities in here since 2018-19 under the pressure of different vested groups! And now the Remediation Coordination Council (RCC) of Bangladesh has been looking after this issue, but its (working procedure) standard is not as good as ACCORD or ALLIANCE works. However, later on the World Bank provided some supports to the government by the ‘Urban Resilience Project’ (URP) under RAJUK for the assessment of vulnerable public buildings mainly in peri-urban areas. But, due to pandemic COVID-19 the work is yet to be completed.

In fact, for a better urban resiliency, it needs to improve the quality of buildings/constructions in Dhaka. At present, building plans are approved by the RAJUK in DMR without its structural design checking and also no subsequent monitoring during constructions. Interestingly, hardly no building owners also take Occupancy Certificates for their buildings before its use though they are obligatory in law. In recent past, it is observed that many buildings were collapsed in DMR mainly due to geo-technical and foundation problems. Thus, in order to reduce the problem, it attempts to upgrade the approval system of building plans by introducing the ECP (electronic construction permitting) system, in which structural design checking and monitoring of construction will be mandatory by the professional’s accreditation and technical supports. It is also trying to introduce the ‘One-Stop Service’ (OSS) system in the approval process by integrating the concerned departments, towards a sustainable construction of buildings.

Here, it is important to note that proper enforcement of BNBC is very much necessary for the sake of good construction, safety and building maintenance point of view. BNBC as first prepared in 1993 and later on revised in 2020 is not yet officially approved and gazette. It contains A to Z of construction procedure of any building and infrastructure. There was a proposal for creation of an authority in BNBC-1993, for its proper enforcement, which is yet to be finalized even after a verdict from the Supreme Court after the Rana Plaza catastrophe. In such a situation, the responsibility of exercising BNBC in Dhaka was given to RAJUK by the government, but RAJUK has never been equipped for the works. So, the poor and haphazard constructions have been continuing as usual. Thus, in consideration of various pertaining urban hazards, BNBC-2020 must be approved immediately.

Urban Bangladesh is more vulnerable to disaster risks due to rapid, unplanned and unregulated urban growth in marginal disaster-prone areas. Catastrophic disasters like flood 1988 and 1998, cyclone SIDR 2007 and successive earthquake events resulted the organization of different workshops and discussions, that prioritize Disaster Risk Deduction (DRR) and emphasis has been given to urban areas, since these are the hub of economic and administrative activities. It is thought that through the various DRR approaches, disaster management can be undertaken in the best way. On the other hand, long term reduction in risk and vulnerabilities is also possible through the adoption of practical and community centered risk mitigation measure within urban planning practice. But like many other countries, the risk reduction measures are not yet considered in local level planning practices, even though urban planners are looking for ways to scale down infrastructure, land use and disaster risk reduction planning at local planning and action zones. Land use planning and building code shall must be treated as the most fundamental tool for risk reduction into urban development process.

At the same time Bangladesh National Building Code (BNBC) is prepared to regulate and maintain the standard of building construction. It aims to provide safe and healthy habitat by regulating building planning, design and construction. But with rapid urbanization cities are growing without following land-use planning and zoning regulation. Hence, violation of BNBC is also a common phenomenon and in many cases, building owners also do not know about the existence of BNBC, and professionals who are involved in planning and design building do not care about BNBC. Code and other planning tools and regulations are to control cities unplanned growth, protect environment and thus reducing the disaster risks. Encroachment of natural drainage and Dhaka’s growth on flood prone areas denote this reluctance which enhancing he city’s flooding and water logging in every rainy season. City Corporation, municipalities and city development authorities need to revise and monitor building construction rules and regulation and land use planning regularly.

Hazard mapping for each community and assessment of their disaster resilience level should be a prerequisite component before any development project is implemented. These risk and resilience assessments can be done by the community participation where city development authorities should be facilitator. Strict enforcement of use and height zoning, set back rules, building codes is needed by urban local government bodies. Disaster Management Bureau, Armed Force, Public Works Department and such other relevant Government bodies are needed to identify, retrofit, renovate and reconstruct emergency and important urban public buildings and services like hospital, school buildings, electricity and water supply facilities. The private sector has also a role to play here, which is becoming ever more apparent, though there is much concern amongst the NGO communities- about how they can contribute, and what their purposes may be!

Why Palestinians are not watching Israeli polls

This is how Nato finally ends

What Iran will do next, and how to stop it?

Why people have had enough of lockdowns

The pros and cons of Modi’s victory