Bhutan’s participation in the international tourism industry began with the first group of 287 tourists visiting Bhutan in 1974. This was preceded with the adoption of the first rules governing tourism in the country in 1972.

Since then, Bhutan’s tourism industry has followed a unique sustainable approach of High Value, Low Volume, mindful of tourism’s contribution to socioeconomic development and the negative impacts associated with it.

The premise of Bhutan’s tourism policy is rooted in the overall development philosophy of Gross National Happiness and seeks to promote sustainable tourism that meets the needs of present visitors and destinations while enhancing and ensuring opportunities for the future.

Bhutan has consistently sought to ensure a cautious tourism industry growth that is within the carrying capacity of our physical, socio-cultural and natural environment.

Bhutan’s tourism industry continues to grow to become one of the major economic sectors contributing significantly towards socioeconomic development of the country through revenue and foreign currency generation and employment creation amongst others. In 2019 Bhutan recorded a total of 315,599 visitors which is an increase of 15% over 2018. 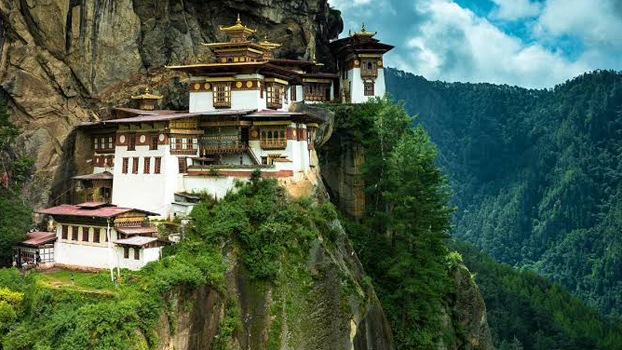 While Bhutan has benefitted immensely from the growth in the tourism sector, it is also faced with challenges particularly associated with the substantial increase in the volume of tourists.

The growth in the industry has also been accompanied with social, cultural, and environmental issues, which are anticipated to grow in the future. Further the shift and sophistication in the demand and behavior of the tourists for meaningful travel experiences also necessitates the need for growth and diversification of tourism products and destinations, including authenticity, contacts with local communities and learning about culture, tradition, flora and fauna etc.

This calls for a sustainable approach to tourism development which requires the informed participation of all relevant stakeholders. It requires to maintain a high level of tourist satisfaction and ensure high value experience to the tourists, raising awareness about the sustainability issues and promoting sustainable tourism practices amongst tourists, and the service providers. It is of utmost importance to undertake constant monitoring of impacts, introducing the necessary preventive and /or corrective measures where necessary. Hence a dynamic tourism policy to change and adjust to these changing demands of the international travel and tourism has become necessary.

The travel and tourism industry in Bhutan and around the world have undergone significant growth and changes particularly with the changing dynamics of the traveler behavior and the travel markets.

These developments and the absence of documented comprehensive policy framework have resulted in challenges relating to policy clarity, planning and coordination for the development, promotion and regulation of the tourism industry.

Bhutan recorded a total of 315,599 visitor arrivals in 2019, of which 72,199 consisted of arrivals from MDPR paying countries while 242,947 constituted those from countries exempted from paying MDPR.

While the government has been undertaking initiatives to promote tourism in all regions of the country, the visitations are largely concentrated in western region. Visitor arrivals trend over the past years show that the tourist visitation is mainly confined to the western region of Paro, Thimphu and Punakha. More than 80 % of the total bed nights are spent in the Western region.

This was followed by the central circuit while the Eastern and Southern Circuit received the least number of tourists and least share of the total bed nights. This has been attributed to limited infrastructure and support facilities, lack of awareness and information on the tourism products available in other areas amongst tourists and service providers.

For instance, 70 per cent of the TCB accredited tourist accommodations are located in the western region mainly in Thimphu, Paro, Punakha and Wangduephodrang Dzongkhags. The 6 eastern districts have minimal number of star-rated hotels. Similarly, the Southern circuit has the least numbers of tourist accommodation and the existing ones are all located in Phuntsholing/Chukha except for one in Tsirang. Other tourism services such as rental services for cars, trekking, cooks and guides are also all concentrated in the western region. While the issue of seasonality has been improving, efforts are still required to promote Bhutan as a year-round destination.

Tourists from USA, China, Singapore, Thailand, Japan, United Kingdom and Germany continue to be the major contributors to the tourism industry among those who pay the MDPR. More than half of the international tourists were from Asia-Pacific followed by 24.8 per cent from Europe and North America.

In terms of volume, tourists from Bangladesh, India and Maldives dominate the market. The growing popularity of Bhutan as a travel destination has resulted in increasing arrivals mainly from the countries in the region.