We have to sustain all our achievements and march forward 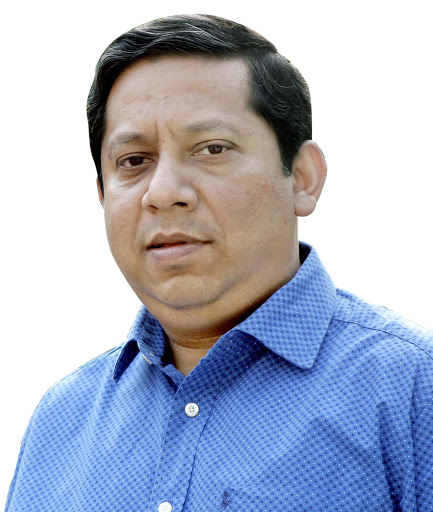 Bangladesh is once again in the headlines following a recent IMF report, more so in India than in Bangladesh. Discussions began in the India media, while the local mainstream and social media became enthusiastic subsequently. The IMF report has already been discussed much and is already old considering the reality of today’s fast moving world. Bangladesh is going to cross Indian GDP next year, which had a 25 percent higher GDP compared to Bangladesh merely five years back. India will overtake us in 2022. Finally the two GDPs will once again become equal in 2024, but then we shall be ahead of India by points.

The trend of Bangladesh economy during the Covid-19 pandemic was beyond the understanding of anyone. The western media had predicted collapse in our readymade garments sector. Same notion was echoed by the chief of the elite league of our readymade garments industry owners. The prediction by a renowned local think tank also went in vein. They had predicted a 30 year low 2.5 percent GDP for Bangladesh during the current fiscal. It was anticipated that 10 million people will become jobless inside the country and another 10 million expatriates will return home having lost their jobs overseas. Practically nothing as such happened. However, my purpose is not once to go through this same old discussion.

The IMF forecast was very well accepted by the Indian media, especially by those leaning towards the opposition. This is also expected. Why should they let go such an opportunity to grill their government? No surprise that even Rahul Gandhi twitted on this issue adding a pinch of salt to Prime Minister Modi. Bangladesh is now the hot topic in Indian media these days. Interestingly a section of the local media and intellectuals are also vocal about this issue. They have been joined by few pro-Pakistan regional media and off course at home by BNP. To the later, the news appears as if like ‘straw to a drowning person’. There is no reason however to believe that this vested quarter has taken up this issue out of allegiance to Bangladesh or to the government. I shall come back to this discussion later.

Around the same time two more interesting developments have taken place in the international arena concerning Bangladesh. US Deputy Secretary of State Steven Regan made a sudden visit to Bangladesh despite the fact that Presidential election is knocking at the door at his home. Such high level visit from the US during the Covid-19 pandemic is surely significant. Regan shed light on a wide range of issues during his visit. He has confirmed that Bangladesh will be on the priority list of getting US corona vaccine. He also indicated that Bangabandhu’s convicted murderer Rashed Chowdhury is likely to be handed over to the Bangladesh authorities by the US. BNP leadership was denied audience with Mr. Regan, clearly pointing to the reluctance of the US Administration in having any formal dialogue with the political party accused of arson and vandalism.

However to me the most interesting aspect of Regan’s Dhaka visit was his paying floral respect at Bangabandhu’s mural at Bangabandhu Museum. It is now evident that the events that took place at this very site on the night of August 15, 1975, were not beyond the knowledge of the US Administration. In that context, this is clear indication of the importance of Bangladesh to US interests today. The post-second world war era was the era of tussle between the two super powers. It became a uni-centric world after the collapse of the Soviet Union in the post-cold war period. The US post-second world war policy was to strangulate the Soviet Union from all corners through NATO in Europe and strategic partnerships in the Asia-Pacific and in the Americas. This policy took a u-turn after Mr. Donald Trump made his entry through the doors of the White House. With his ‘America First’ policy, he gave up the playgrounds in Europe unopposed for Russia to score goals. The only exception is China and the reason is also crystal clear. Unlike China, Russia did not misuse the opportunity gained from President Trump’s ‘America First’ policy.

Also of importance was a second event, a special conference organized virtually to raise funds for Rohingyas. It was initially named ‘Donors Conference’, but subsequently the title was changed to something like ‘Sustainable Assistance Conference for the Rohingya Refugees’ at the insistence of Bangladesh. Additional USD 600 million assistance was promised at the meeting by USA, UK and EU. Bangladesh State Minister for Foreign Affairs made it clear at the meeting that the Rohingyas will be shifted to Bhashanchar and that the Rohingya camps in Balukhali and Kutupalong will be fenced by barb-ware.

Our Foreign Minister received a phone call from his Chinese counterpart the next day following this virtual conference. The Chinese Foreign Minister reassured him of assurances from the Myanmar Military Janta to initiate repatriation of the Rohingyas once the Covid-19 pandemic was over. Although none took this commitment seriously, it is still significant as it comes from the horse’s mouth, who’s repeated vetoes at the UN Security Council have foiled all our attempts to ring the bell in New York about this humanitarian crisis. As expected, after India and USA, the Chinese government has also made commitment for priority allocation of its vaccine for Bangladesh.

is to the credit of none other than Sheikh Hasina only.

It is her credit to transform Henry Kissinger’s ‘bottomless

Looking back at recent excitement by the Pakistan sympathizers with the IMF prediction, they are not at all bothered about Bangladesh. Their intention is only to inject little more confusion into our time tested relationship with our friends. It appears from their writings and speeches, as if overtaking the Indian GDP is the greatest feat of independent Bangladesh. Although they take us as autistics, we understand their as well as the Indian media stand very well.  We know that this is nothing more than just another feather added to our cap under the leadership of Prime Minister Sheikh Hasina.

Our competition is with us. We have to overtake ourselves. We have to sustain all our achievements and march forward. We have to start planning about the second Padma Bridge, while the first one is now taking shape. Our discussions should center on sixth or seventh routes of metro rail, as work of the first route is progressing fast. We should start searching the night sky with telescope for Bangabandhu satellite 2 and 3. Instead of being satisfied with few articles in foreign media, we must rise united against those who subject Purnima and her family to ‘social media rape’. We will truly win that day and that victory is a must for us to achieve in ‘Sheikh Hasina’s Bangladesh’.