A son, a sportsman, a soldier 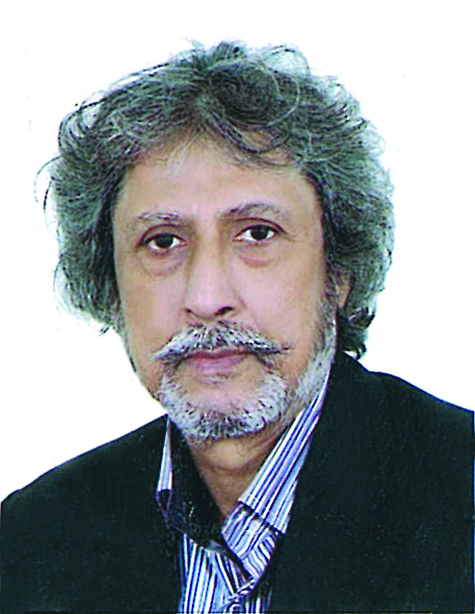 Sheikh Kamal, the eldest son of the Father of the Nation Bangabandhu Sheikh Mujibur Rahman and a legendary figure in sports and cultural arena of Bangladesh, was a progressive leader who fought a tremendous battle against the erstwhile socio-democratic and cultural backwardness as a student leader of the University of Dhaka. He organized Bangladesh Chhatra League on a solid foundation which instilled the spirit of liberation war into the blood and philosophy of the students of Bangladesh. Kamal was one of the organizers of the liberation war. During the liberation war, Sheikh Kamal was ADC to general Osmani.

Sheikh Kamal’s contribution in sports and cultural arena of Bangladesh is echoed till date. He was the founder-president of the country's leading sporting club Abahani Krira Chakra and founder-member of Dhaka Theatre. Kamal introduced modern football in Bangladesh after independence. He was a first division cricket and basketball player. There is always a need for multidimensional talents to project the nation before the world and he was such a talent. Sheikh Kamal’s martyrdom was a great loss to us all.

After the birth of Bangladesh, he devoted his energy to creating Abahani Krira Chakra, a sports club for the youths in Dhanmandi. Abahani became his dream project. One of his friends Shishir Hoque while going to Germany had asked Kamal what he would like to have from Germany. It was on July 31, 1975. In reply, he requested for Adidas boots for his players at Abahani’

Kamal believed that healthy pursuits in life like cultural activities and sports can keep the youths away from the world of drugs and crime. He and some of his close friends worked day and night to develop Abahani KC as the best sports club in Bangladesh. His passion for sports was well rewarded by the Providence by finding another renowned sports person Sultana to be his wife.

Sheikh Kamal was also a serious student. He tried working for Abahani Club. He studied at Dhaka University in the Sociology Department and graduated from there with honours. No honest person will be able to tell under oath that Sheikh Kamal had ever used his illustrious father’s name to get some undue favour from any bank or commercial organisation. From his pocket allowance he would rather help poor people whoever approached him. He was extremely polite in his daily interaction with both juniors and seniors.

We shall have a glimpse of another side of his life from the account of Brig RP Singh (Retd) of the Indian Army. He participated in the Liberation War of Bangladesh.

Here we quote from the book of Brig RP Singh about Sheikh Kamal’s joining the first batch of Bangladesh army in 1971 and about his personality in those tumultuous days of national crisis.

“During the Bangladesh Liberation War in 1971, training of two courses of officers of the MuktiBahini was conducted in Murtee Camp Officers Training Wing (OTW). The First War Course commenced in July 1971. There were 61 officer trainees, addressed as Gentleman Cadet (GCs), in the course. Sheikh Kamal was one of them. I was associated with him for 16 weeks during the darkest and yet, the most challengingly valorous period of Bangladesh's history. I have lasting memories of my association with Shaheed Kamal, which I will cherish throughout my life.

“Sheikh Mujibur Rahman was arrested in the early hours of March 26, 1971, and his family was put under house arrest. But Sheikh Kamal and his younger brother Sheikh Jamal had managed to escape to India. Jamal was trained with the Special Forces, which also came to be known as the Mujib Bahini, in the Himalayan Hills near Dehradun in the Indian State of Uttar Pradesh (now in Uttrakhand). Sheikh Kamal received his training in Murtee Camp, located in the Himalayan foothills of the northern corner of West Bengal. KamaI was a tall, handsome young man who carried himself with dignity and possessed remarkable leadership traits.

“Almost all the GCs listened to radio broadcasts of BBC, All India Radio and Swadhin Bangladesh Betar Kendra regularly on their transistors. On August 4, 1971 the news of Yahya Khan's interview (of August 3) with Pakistan Television Corporation, announcing the trial of Sheikh Mujibur Rahman was broadcasted by various radio stations. On August 5, this made headlines in all the Indian newspapers. Yahya Khan in his interview had said that Sheikh Mujibur Rahman had committed “acts of treason, and acts of open war.” Sheikh Kamal understood the meaning of “acts of treason and acts of open war,” because his father had faced similar charges in 1968 as well. The memories of the Agartala Conspiracy Case trial were still fresh in his mind. Such chilling news would have sent shivers down the spine of any human being, but Kamal displayed great composure after getting this news. On August 9, 1971, Yahya Khan announced that Bangabandhu would be tried by a 'Special Military Court' for “waging war against Pakistan.” The trial was to commence on August 11.

“I met Sheikh Kamal that evening to express my sympathy and to encourage him to face the crisis. He appeared to be quite normal and composed, but was very apprehensive. The reason was that there was a sea change in the political scenario of Pakistani politics since the Agartala conspiracy case. In the 1968 trial, Sheikh Mujib was implicated in a false case, but this time, a war for liberation was in full swing. From this moment onwards until October 9, 1971, when the First War Course graduated, newspapers and radio broadcasts carried news on Sheikh Mujib's trial almost every day.

“These either concerned the proceedings of the trial or appeals by various world leaders, governments or organisations to Yahya Khan to release Sheikh Mujibur Rahman, or rejection of such appeals by the Pakistan Government. It was a trying time for Sheikh Kamal. He was also worried that this time around, the Pakistani military junta may cause harm to his mother and other family members who were under house arrest. However, he displayed tremendous courage and equanimity.

“Sheikh Kamal was posted as an ADC to C-in-C, Colonel Osmani. We parted ways, wishing well to each other, as the clouds of war were visible on the horizon. He invited me to visit Dhaka after liberation to meet Bangabandhu and his family members. Somehow, I did not get the chance to meet him.

“On August 16, 1975, I heard the news of the assassination of Bangabandhu and most of his family members, including Sheikh Kamal, the previous day. I was astonished to hear of the death of a budding future leader.

“During my interaction with Kamal, he would often fondly mention his elder sister Sheikh Hasina. I met her on December 15, 2011, at her office in Dhaka, when I presented some rare photographs of Sheikh Kamal taken at Murtee camp. I narrated to her my memories of Kamal and how he had coped with the trying circumstances. She betrayed her emotions the same way as Kamal used to do in 1971.

I noticed that the siblings shared the rare leadership trait of sharing their joy with others and keeping their sorrows to themselves.

Kamal's martyrdom was a great loss to us all.”

From the above narratives one can comprehend the innate leadership quality in Sheikh Kamal, as the son of legendary Sheikh Mujibur Rahman.