Plot behind the killing of Bangabandhu 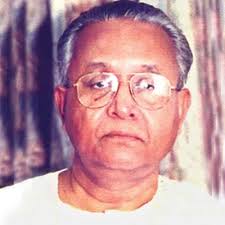 August 15, 1975 was the blackest day when the Father of the Nation Bangabandhu was brutally and barbarically assassinated by the anti-liberation fundamentalist forces. Sheikh Mujib in fact is the greatest son of the soil that the country has ever produced. Now the question is who killed Sheikh Mujib and why? Giving an answer to this question was a difficult task in the past as no Bengalee was allowed to know the real reason of killing of their father. Apparently it seems that some ambitious army personnel did kill Bangabandhu but the root causes were kept in the dark.

The Muslim League, Jamaat and other reactionary forces opposed the six-point programme of Sheikh Mujib and his movement for regional autonomy. They felt long before the war of liberation in 1971 that the movement for autonomy was a movement for independence of East Pakistan. Even the language movement of 1952, in their judgment was a movement against the solidarity of Pakistan sponsored by India.

Pakistan was created based on the theme of two-nation theory with on the assumption that Muslims of the sub-continent required a separate land for their identity. In fact, it was the religion that was used as an instrument to dismember the sub-continent and the British rulers worked out their own strategy. Finally that was made into a reality. As a result, the subcontinent was divided and millions of Hindus and Muslims had to sacrifice their lives. The Muslims of the then East Pakistan supported the proposal under the leadership of Mohammad Ali Jinnah. The leaders of Bengal like Sher-e-Bangla A K Fazlul Huq, Hossain Shahid Suhrawardy, Maulana Abdul Hamid Khan Bhasani, Desh Bandhu Chittaranjan Das and Sheikh Mujibur Rahman did not like the division in the way it was done by Jinnah and Mahatma Gandhi. In 1940 Lahore resolution, a different concept was mooted.  It was Jinnah, Vallabbhai Patel and their English cohorts who hastened the division creating India and Pakistan.

East Pakistan, a land nearly 1200 miles away from the West having different language, culture and heritage became the majority part of Pakistan. Right from beginning, the Pakistani rulers began to exploit the people of the East. They behaved as if they were the masters and Bangalees the slaves. This attitude of the ruling class widened the disparity compelling the Bangalees to raise demand for regional autonomy. It was Sheikh Mujib who took the lead to realize this demand.

The onslaught on the Bangalees during the language movement made it abundantly clear how the Pak rulers wanted to subjugate them. Jinnah, the then Governor General of Pakistan, declared in 1948 that `Urdu should be the only state language of Pakistan.’ The Bangalee youths unitedly opposed and shouted ‘No’. That ‘No’ in fact negated Pakistan in the long run. The Pakistani rulers termed the protesters as Indian agents working against the solidarity of Pakistan. Against this backdrop of gross disparity between the East and the West, the then leader of the Bangalees Sheikh Mujib launched his six-point movement against the Pakistani oppression and suppression and finally succeeded in carving out an independent state of Bangladesh.

Sheikh Mujib, the most charismatic personality of the East, left no stone unturned in realizing his demand for regional autonomy.  The language movement of 1952, the six and eleven-point movements of 1966 and 1969, the Agartala Conspiracy Case, led to the mass upsurge of 1969 and Sheikh Mujib emerged as Bangabandhu after he was discharged from the Agartala Conspiracy Case. Bangabandhu compelled Yahiya Khan to hold general election in 1970. His Awami League won a landslide victory in the general election securing 167 seats out of 169 becoming the only leader of the East. He categorically declared that he would not change his six- point demand. Despite the fact that he became the leader of the majority party, he declined to be the Prime Minister of Pakistan. The Pak ruler rejected his proposal and started making preparations for a full scale war against East Pakistan. It was on the night of 25th March of 1971 that they started the war against unarmed Bangalees. Bangabandhu declared independence of Bangladesh in the early hours on 26th March and the armed struggle to liberate the country started. Mujib was taken to West Pakistan and imprisoned there for nine months. In the meantime the provisional Bangladesh government was formed under the leadership of Tajuddin Ahmed with the cooperation of the Indian government and the nine-month armed struggle liberated Bangladesh on 16th December 1971, the day when the occupation army was compelled to surrender.

Bangabandhu returned to independent Bangladesh to fulfill the desire of his people and started reconstruction of the war-ravaged country and rebuilding the lives of trauma-scarred men, women and children. Within three and half years, he succeeded in rebuilding a war-ravaged economy. The 1972 Constitution was framed, the 1973 election was held and the first parliamentary form of government was established in Bangladesh. The country had been ruled that way with all pledges practiced by a parliamentary democracy but the enemies of the people created such an anarchic situation that Bangabandhu had to act in a different way. He had to be tough to bring the situation under control. When everything was brought back to normalcy and Bangabandhu declared his second revolution programme, he was assassinated by the agents of Pakistan.

The killing of Bangabandhu was not an ordinary event. The man who wanted to liberate his people against interest of the imperialists should not have felt so secure as to be in his unprotected house with just a few policemen at the gate.  The imperialists did not forgive the nationalist leader who rose to the occasion to emancipate his people from the subjugation of sub-colonial rule of Pakistan. The dismemberment of Pakistan was not the only reason to eliminate Sheikh Mujib. The real causes were the policies and the programme pursued by Sheikh Mujib in the newly-independent Bangladesh.

The emergence of a nationalist leader like Sheikh Mujib in South Asia was not acceptable to them and the then prevailing political atmosphere in Bangladesh was not palatable to them. Since the Indo-Soviet axis aided the creation of Bangladesh, the newly-independent country became a target of imperialist forces who were then not happy with the policies of the Indo-Soviet axis. They did not like the influence of India in South Asian affairs. Bangladesh, in their opinion, became a subservient state of India. For them, Pakistan as a member of Southeast Asia Treaty Organization (SEATO) and Central Treaty Organization (CENTO), was more useful than India and Bangladesh. So when Bangladesh became a secular nation state with Sheikh Mujib as its leader, they continued their support to Pakistan. The imperialist forces conspired to kill Sheikh Mujib. They succeeded in eliminating Bangabandhu but failed to turn Bangladesh into a neo-Pakistan. The daughter of Sheikh Mujib is now ruling Bangladesh in a different way. India is not an enemy state to Bangladesh. Sheikh Hasina knows how to deal with its neighbor and the rest of the globe. Sheikh Hasina has adopted a foreign policy that has not alienated either the West or the East.

Bangladesh maintains normal relation with all countries. It has made remarkable progress in a short time. Sheikh Hasina’s leadership in the national politics has made her indispensible. Bangladesh is now really an important country in the globe and is no longer a bottomless basket. It has already developed into a middle-income country with a promise to rise to a developed country by 2041. Hasina’s commitment to fulfill the desire of her father is so resolute that she is ready to sacrifice her life if required. It is because of her honesty, courage, determination and devotion that Bangladesh has been able to attain the prestigious position in the comity of nations. Her outstanding performance in climate change, reduction of poverty, empowerment of women, containment of terrorism, humanitarian approach to global issues, including the Rohingya refugees and keeping the economy stable during pandemic, has consolidated her position as a statesman.

Dr S A Malek is the former Political Adviser to the Prime Minister, Member of Parliament, Secretary General of Bangabandhu Parishad and Columnist

Sheikh Hasina – An asset to Bangladesh

The birth of a visionary leader