My brief encounter with history 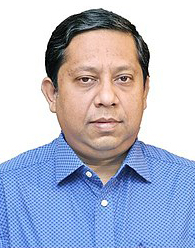 It came as a pleasant surprise to me, when about a week back I received a telephone call from the Indian High Commission in Dhaka, extending invitation to me to meet with the honorable Indian Prime Minister Narendra Modi during his Dhaka visit in connection with the dual official celebrations of birth centenary of the Father of the Nation Bangabandhu Sheikh Mujibur Rahman and golden jubilee of Bangladesh.

No wonder it took me longer than expected to react, not that I was indecisive whether to accept the invitation or not, but rather to absorb the fact that I was being invited to meet the democratically elected Head of the Government of the largest democracy of the world.

Also it was none other than the honorable Indian Premier, whom I was being invited to meet - the PM who represented the government of the people, who had shed bold with my forefathers in liberating Bangladesh from the occupying Pakistan, exactly 50 years from now, the occasion which the nation, but for a few, are celebrating.

The historical ties between the Bangladesh and India or their contribution for our independence or the deep rooted democratic heritage of India are issues that are on continuous discussion. I have also contributed multiple columns on different aspects related to these issues. This column is however absolutely different. I will not touch upon such issues here. I will only try to share my few minutes that I got to spend with HPM Narendra Modi.

with HPM Narendra Modi, but having come out of my spellbound

state, on that Friday afternoon, I very well realized that I had just

encountered history, as the gentleman whom I had just met is all

As is expected while awaiting audience with a VVIP, the waiting is usually longer than the audience, which was no exception in this case also. However as having completed the necessary formalities, we stood at our designated places for the photo opportunity, when he appeared. One can guess from the sudden hasty movements of the ‘men in black’ when the VVIP is entering and so did I and those present with me in the room to meet and greet Modiji.

And finally he appeared from behind the doors! Having not met him ever, and also not expecting for that to happen ever, I had drawn an image of this gentleman in my subconscious mind. However now that I have met him, I have to agree that my imaginary HPM Modi is miles apart from the Modiji whom I got to meet at Pan Pacific Sonargaon in Dhaka on the afternoon of 26 March. I had portrayed him as a charismatic politician with keen interest in building bridges with the neighbors to win the tug of war in the region over his Eastern neighbor. I don’t know of others, but at least in my case it won’t be a bit exaggeration to admit that my preemptive assumption about him was shattered within seconds. I was spellbound by the Rishi-like appearance of the gentleman, who entered the room with extended arms, greeting us with such warmth and passion that was absolutely mesmerizing. The few present there in that room, were all gallant freedom fighters and all decorated for their gallantry against the Pakistanis in 1971, with Nuzhat and me being the only two exceptions. I could feel that he took seconds to captivate those present and conquer their hearts with his deep appreciation of the liberation war of Bangladesh and those who gallantly stood before the Pakistani bullets in those difficult nine months. He was loud about our Muktijoddhas with no hesitation in appreciating them.

As His Excellency the Indian High Commissioner introduced Nuzhat to him as the daughter of Martyred Intellectual Dr. Alim Choudhury, to the utter surprise of all those present, he could identify her as the Master of Ceremony at the inauguration of Bangladesh Bhaban at Shantiniketan couple of years back, where he was physically present with HPM Sheikh Hasina to unveil this unique tribute of Bangladesh-India friendship. No wonder this gentleman took India by storm!

Finally as our meet and greet opportunity was over and he went out of the room, I returned to reality and the very first thought that came to my mind was, ‘well what was he wearing? Did he have his glasses on?’ The few minutes that he was with us simply passed in a whistle. With my poor writing skills and even poorer command over English, I know I could hardly do justice in penning my maiden meeting with HPM Narendra Modi, but having come out of my spellbound state, on that Friday afternoon, I very well realized that I had just encountered history, as the gentleman whom I had just met is all set to reset the course of history and to take history to where it should belong to!