Despite a law to control the use of tobacco and its allied products, its enforcement is not noticed as desired.

The tobacco control law is being violated largely in public places – mostly in shops, cinema halls and public theatres and other platforms. In many cases, no action is taken due to a lack of proper monitoring of the authorities concerned, or loopholes in the law.

The existing ‘Smoking and Using of Tobacco Products (Control) Act’ was introduced in Bangladesh in 2005, and it was amended in 2013 to address some loopholes, but many of the loopholes remain in the updated law. So, it is still a major challenge to ensure a tobacco-free Bangladesh by 2040 as declared by the Prime Minister.

Against this backdrop, another amendment to the law is now necessary, said ABM Zubair, executive director at Progga, an anti-tobacco platform. 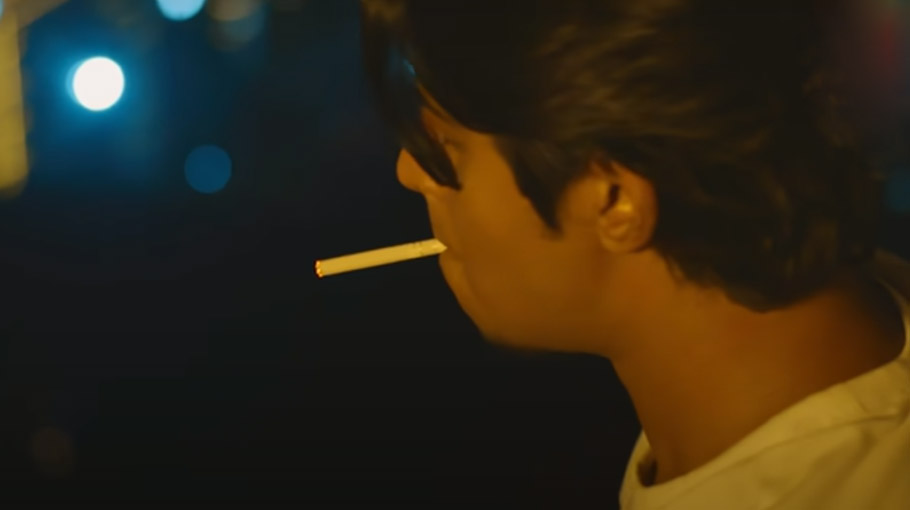 Professor Dr Arup Ratan Choudhury, head of Dentistry dept in BIRDEM Hospital and founder president of Association For the Prevention of Drug Abuse (MANAS); and Advocate Syed Mahbubul Alam Tahin, technical adviser at The Union and a researcher on tobacco control; echoed similar voices expressed by ABM Zubair. They, however, demanded withdrawal of government’s share from tobacco company.

They said that the existing law gives the opportunity of ingenuity for the tobacco companies, while the law in various points fails to control smoking and use of other tobacco products properly.

According to Article 5 (1) of the ‘Smoking and Tobacco Products Usage (Control) (Amendment) Act, 2013’, the tobacco advertisement, promotion and sponsorship and display of smoking scenes and use of any other tobacco products in all entertainment media, including Television, YouTube and cinema halls, or in any other way are prohibited.

In recent years, unnecessary smoking scenes were shown in many movies, including ‘Devi’, ‘Dhaka Attack’, ‘Shahen Shah’ and ‘Swapnabaji’, and ‘Mohanagar’ series.

Misir Ali character in ‘Devi’ is very popular among youngsters. The character is seen smoking unnecessarily countless times. The image of smoking was also published in the movie poster. According to anti-tobacco activists, the smoking scene was shown in ‘Dhaka Attack’ in collaboration with British American Tobacco (BAT).

‘Yes No Very Good’, a drama released in 2021 which is available on YouTube, displayed a smoking scene. It is seen after 32 minutes of the about 40-minute drama. Actor Tawsif Mahbub is seen smoking.

When contacted, Mostafa Kamal Raz, director of the drama, on Friday (April 22) told the Bangladesh Post that although he used the smoking scene in the drama to depict scenarios of the society, he ‘followed the law’ as he used the warning words.

However, the health warning words ‘Smoking, Drinking and Drugs is injurious to health’ were just observed on the left side of the screen in the drama in very small font.

When contacted, Shamim Hasan Sarkar said that he is not aware of the law. “If the display of smoking scene is strictly prohibited, I won’t act in such a scene anymore in the future,” he said.

When asked about the violation of tobacco control law, director of the drama Hasib Hossain Rakhi echoed the same as Shamim.

Mahbubul Alam Tahin said that displaying smoking scene in movies and dramas is a complete violation of the law. He, however, emphasised the need to impose more stringent provisions in this regard in the law.

Syed Saiful Alam Shovan, an anti-tobacco activist, said that viewers are encouraged toward tobacco by watching such drama. He alleged that tobacco companies convince directors and promote the films and dramas with smoking scene and description of tobacco use.

He also said that although any movie won’t be released without a censor certificate, the drama has no such condition. The drama must come under the Censor Board. He called upon the government to stop ‘Yes No Very Good’, ‘Meet My Boyfriend’ and other movies and dramas that displayed the smoking scenes.

About the display of smoking scenes in movies and dramas, Secretary of Information and Broadcasting Ministry Md Mokbul Hossain said that effective steps would be taken in this regard on the basis of specific data. There are strong opponents to tobacco. Everyone must work together to fight against them.

Alongside the movies, dramas and OTT platforms, the tobacco control law is also being violated in many other ways due to loopholes in the law and lack of necessary rules and policies.

Smoking is prohibited in public places. If any violates the provision, he will be fined Tk 300. However, it is very difficult to bring someone under this provision as there are complications in realizing a fine from the violators.

The public places in the ‘Smoking and Tobacco Products Usage (Control) (Amendment) Act, 2013’ are not defined properly. If anyone smokes on footpaths or roads, he won’t come under the law as roads and footpaths are not public places as per the law. “But non-smokers are also adversely affected by anyone’s smoking in open places,” said Dr Arup Ratan Choudhury.

Mahbubul Alam Tahin said that passive smoking causes severe health effects. So alongside the public places, smoking in crowded places and place of public movement must be banned.

However, if anyone smokes at any public place as per the law, no one can go for legal step. The law says that only the authorised officer will take legal action against smokers in public places. “It is complicated,” said Mahbubul Alam Tahin. Dr Arup Ratan Choudhury said, “We want more action by authorities concerned against smoking in public places.”

Dr Arup Ratan Choudhury said that when many people smoke in a place, it is very harmful to health. It increases risks for non-smokers. The tobacco control law should be amended to shun the loopholes, he added. ABM Zubair of Progga said that the provision of DSA has to be repealed by amending the law.

The law restricts all types of advertisements by tobacco companies, but it does not specify anything about a product display at the point of sale (POS). Moreover, the law allows corporate social responsibility (CSR) activities of tobacco companies, which the companies are using to promote their products indirectly.

Syed Mahbubul Alam Tahin said that the tobacco companies confuse people through various tactics and advertisements due to loopholes in the law. The malpractice and tactics must be stopped. The existing law can be applied in some points, while an amendment to the law is also needed. ABM Zubair said that the tobacco packets are arranged in the shops and sale centres which is a kind of advertisement. Such an arrangement is possible due to loopholes in the law. It has to be banned by amending the law.

“The sale of a single stick of cigarette should be prohibited through amending the law, while it is needed to increase the size of graphic health warnings on tobacco products’ packages,” said Farhana Zaman Liza, project manager at Tobacco Control and Research Cell (TCRC) of DIU.

On the other hand, there is no provision in the law regarding emerging e-cigarette. Dr Arup Ratan Choudhury said e-cigarette is also very harmful to the public health. ABM Zubair and Syed Saiful Alam also said law must cover the e-cigarette. They said that the e-cigarette has already been banned in some countries. “We also demand ban on the e-cigarette in Bangladesh through amending the law,” they said.

Meanwhile, licensing system was introduced for the retail sale of tobacco products, including cigarette. The local government bodies, including city corporation, municipality and Union Parishad, have been empowered to issue the license.

The licensing system was introduced and made mandatory through a guideline- ‘Tobacco Control Implementation Guidelines for Local Government Institutes’- formulated by the LGRD Ministry.

Although the guideline was finalised two years ago, the authorities concerned have not yet moved towards its proper implementation.

Even many of the implementing authorities are not yet aware about the matter.

Baharul Alam Bahar, chairman of Dorbost Union at Jaintiapur upazila in Sylhet, said that he is not aware about the guideline as well as the licensing system for tobacco sellers. Like him, many other elected representatives from local government bodies are still not aware.

Shagufta Sultana, project director of Aid Foundation, told the Bangladesh Post that they are working to bring all the tobacco sellers in the country under the licensing system. The licensing system has already started in some places, including in Jhenaidah, Magura and Manikganj municipalities. However, it is still not implemented on a large scale, particularly the rural areas. Public representatives need to be trained in this regard, she said. According to Article 8.5 of the guideline, tobacco product shops and sale outlets for cigarettes within 100 meters of educational institutions is also banned. The local government bodies will enforce the ban. However, most of the of public representatives and also the people don’t know about the matter.

‘HR violations a tool of propaganda’