The Pro-branded models are being touted as the "most powerful iPhones ever", naturally, and are the first to sport triple-camera arrays. They also feature a new "Pro" design that's crafted from matte stainless steel, all-new 5.8in and 6.5in Super Retina RDX displays and Apple's newly-debuted A13 Bionic CPU.

The lesser-spec iPhone 11 also features an "all-new" design, with its reworked glass and aluminium chassis said to be the toughest on a smartphone to date. There's also a new camera setup comprising 12MP wide-and ultra-wide lenses, and an array of new colour options including yellow, purple and green.

The iPhone 11 Pro, Pro Max and iPhone 11 will be available to pre-order from 1pm UK time on 13 September, with shipping set to begin on 20 September.

However, for those who didn't get their pre-order in early, shipping times have slipped here in Blighty. All iPhone 11 Pro and Pro Max models are now shipping between 2 and 9 October, while the iPhone 11 is shipping from 25 September. 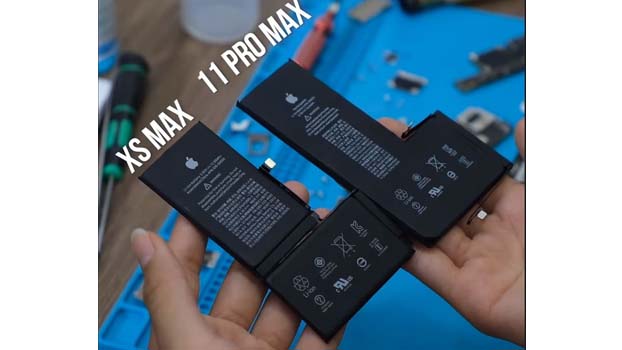 Courtesy of DChannel on YouTube, reveals that the Apple's highest-spec iPhone 11 model packs a 4,000mAh 15.04 watt-hour battery - that's almost 25 per cent larger than the XS Max's 12.06 watt-hour offering. Apple once again has used an L-shaped battery to stuff in as much capacity as possible, a design it first debuted with the now-defunct iPhone X.