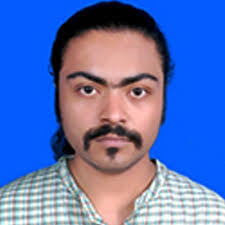 It needs no emphasizing that our country has struggled with famine, poverty, military coups and political violence but at the same time it is also true that today the country is on a firm trajectory to graduate out of the category of least developed countries by 2026 and likely to jump into the 25 largest economies worldwide by 2030. Now Bangladesh is ahead of Pakistan in many social indicators. There is widespread admiration for Bangladesh’s remarkably successful economic and social transformation.

Bangabandhu sowed the kernel of freedom amidst the people of Bangladesh and the cowardly attack on March 25 on the deceived people of the then East-Pakistan had compelled them to break the chain of oppression and start their nine-month long bloody journey for freedom.

Bangabandhu was a person of principle who dedicated his whole life for the people of this land. Bangabandhu had the vision to carve out an independent Bangladesh, keeping alive the core principles of democracy and freedom of the Bengali people at its heart. He was determined to establish an independent nation, but unfortunately, his life was cut short.

It was Bangabandhu who united the people of the erstwhile East-Pakistan and gave them the courage to fight against the Pakistani military junta. Bangabandhu will also always be remembered for his immense contribution towards the world recognizing Bangladesh as a country that had emerged from the ashes to become an important player among the international community of nations- within the United Nations, the Commonwealth, the Non-Aligned Group and the Organization of the Islamic Conference. One can only remember with gratitude the great contribution made by Bangabandhu.

Bangabandhu was gifted with extraordinary organisational acumen and had the inkling of the brutality of the Pakistani military junta. Accordingly, he exhorted the people for an imminent armed struggle. His historic 7th March speech bears an eloquent testimony to that.

With  the launching of 'Operation Search Light' on the night of March 25/26, 1971 the last nail in the coffin of Jinnah's Pakistan was struck  and  the next nine months were months of mayhem, atrocities, rape  and genocide jointly executed  by the Pakistan Army, the non-Bengali Biharis, the Al-Badars, Al-Shams. Three million innocent, unarmed Bengalis were killed, four hundred thousand women raped and the country devastated. Ten million people fled to neighbouring India and the world witnessed one of the worst human tragedies since the Second World War. While Pakistani soldiers were the rapists and the murderers, the local Jamaat-e-Islami party and Razakars collaborated with the Pakistan army in their genocide and rape of Bangladeshis.

However, reiterating the demonic genocide again and again after 50 years of independence is not my purpose of writing this article. But what I must mention is that it is high time for Pakistan to come out of shell of Islamic extremism accepting their deeds.

When Bangladesh re-executed Motiur Rahman Nizami for genocide, rape and massacre committed during Bangladesh's War of Liberation in 1971, Pakistan's foreign ministry immediately and stridently expressed its protest. Pakistan's National Assembly unanimously condemned Nizami's execution, as if to remind the world that the real perpetrators of the 1971 genocide of Bangladeshis were not lackeys like Nizami, but their Pakistani masters. Bangladesh was rightfully angered by what it viewed as an unnecessary intervention in its internal affairs.

It is time that Pakistan leaves their barbaric ideology associated with Islamic extremism. Pakistan has become almost an isolated nation in the region because of its inability to take pragmatic actions toward reconciling differences with its neighbours and traditional allies. Iran views Pakistan with suspicion, Afghanistan holds Pakistan in very low regard, India has largely won the public relations battle in painting Pakistan in a negative light, and the United Arab Emirates and Saudi Arabia, two historic allies, have cooled off on Pakistan and drawn closer to India. Given Pakistan’s standing in the region, maintaining the status quo in its foreign policy simply to appease hardliners at home will not be pertinent. Pakistan should break the ice with Bangladesh offering an unconditional apology. Indeed, it will be a bold policy shift that would signal to the region that Pakistan, as a responsible country, is owning up to its past mistakes and trying to find common ground with other nations. The most important fact, however, is that apologizing to Bangladesh is the right thing to do and something that is long overdue.