Impact of gaming technology on students 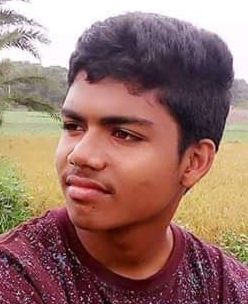 We, the people of 21st century, can’t think of passing a single moment without modern technology and internet.  We can easily get information from internet. There are numerous advantages of using Internet.  Students can get access to libraries and consult with scholars by using internet. Internet has become a boon for the students of secondary and higher secondary level in Bangladesh.

In line with the education policy 2010, the government introduced ICT (Information & communication Technology) for class VI students in  2012, for class VII 2013 ,for class VIII in 2014 and for class IX in 2015. For the students of class XI & XII, ICT subject was introduced in 2013. Students now study ICT as a compulsory  subject in addition to Bangla and English.

Generally, they use smartphone for their academic purposes. They also use laptop and PC for their ICT education. They use these technologies in almost all sectors. But about 90 percent students of secondary and higher secondary level in Bangladesh misuse these technologies. They are addicted to smartphone. PUBG,FREE FIRE(FF),CALL of DUTY(CoD) etc. are the most addictive battle royal games. The battle royal game genre gained major traction with the 2017 emergence of PlayerUnknown's Battleground and Fortnite. In 2018, Fortnite generated around $2 billion and became one of the highest-earning games ever. These are the most time killing games.

Students waste their most valuable time playing these games. They do not care about their future life. It harms their most valuable student life. It also destroys the future generation of our beloved country Bangladesh. Students generally waste their money by playing games. They make an elite-pass to the games and they collect money from their home. If their parents aren't agree with them to give money, they often commit suicide. Therefore, parents and teachers should take necessary steps to address this problem prudently, otherwise, our next generation will suffer more than ever before.

New instructions for expats from Africa

Hearing in person at SC resumes

Power from waste starts in mid-2023