Golden jubilee of our Independence Day 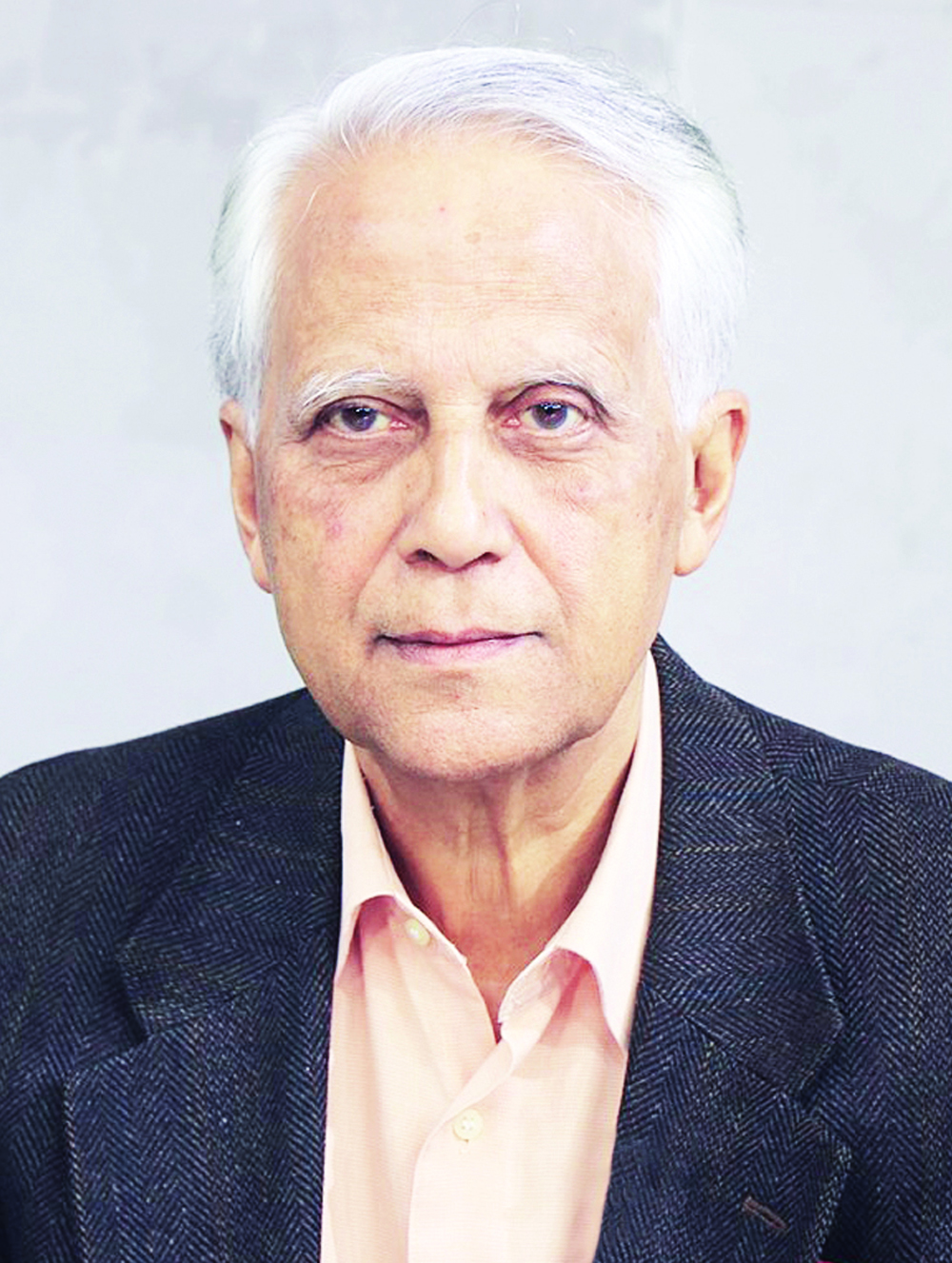 A new dynamic started with the arrest of Bangabandhu Sheikh Mujibur Rahman from his residence and the massacre of civilians within the ambit of ‘Operation Searchlight’. It set forth a new paradigm within the political process.

This was followed immediately afterwards by a message declaring independence of Bangladesh by Bangabandhu- ‘This may be my last message. From today Bangladesh is independent. I call upon the people of Bangladesh, wherever you are and with whatever you have, to resist the army of occupation to the last. Your fight must continue till the last soldier of the Pakistan occupation army is expelled from the soil of Bangladesh and final victory is achieved. Joy Bangla.’

The next few days witnessed savage attacks by the Pakistani army in Chittagong, Kalurghat, Kushtia, Joydevpur, Gazipur, Jessore, Saidpur and Rajshahi. After the initial heroic resistance came re-assessments and re-grouping. It was also felt that strategic necessity demanded a more formalized approach in the liberation struggle.

The first step of organizing the freedom fighters was taken on 4 April when the senior Officers of the liberation army assembled at Teliapara. The meeting unanimously called upon Col. M.A.G.Osmany to command the liberation force. Group Captain A.K.Khandokar was subsequently appointed as Deputy Chief of Staff of Bangladesh Forces. The allocation of different operational areas and the selection of Commanders gave an organizational concept and command structure to the liberation force soon to be named as MuktiBahini.

Six days later on 10 April, a government of the People’s Republic of Bangladesh in exile was constituted. Tajuddin Ahmed became the Prime Minister with Syed Nazrul Islam as the Acting President in the absence of Bangabandhu Sheikh Mujibur Rahman who was declared as the President.

The newly formed Government-in-exile made its first public appearance in an oath taking ceremony in the village of Baiddanathtala in the sub-division of Meherpur in Kushtia District. This place was later renamed as Mujibnagar. Professor Yousuf Ali conducted the oath-taking ceremony.

By this time, millions of refugees were streaming into India from Bangladesh. The government-in-exile decided that these displaced people would not only have to be provided relief and looked after but also that they should be used as a pool for recruiting freedom fighters and building up the MuktiBahini. A large number of youth camps were set up along the border in the bordering Indian Provincial States of West Bengal, Bihar, Assam for imparting training in both conventional and guerilla warfare.

The High Command of the MuktiBahini realized by the end of May that a large guerilla force was necessary inside Bangladesh to demoralize the occupation forces. Accordingly, all Sector Commanders were asked to facilitate the formation of such irregular groups of fighters.

While liberation forces were being organized both inside Bangladesh and in the bordering areas, emphasis was also given by the Mujibnagar government to the creation of friendly support abroad in the international diplomatic arena for the Bangladeshi cause.

Diplomats and employees in Pakistani diplomatic Missions of Bangladeshi origin opened a new front in this regard. Two diplomats resigned from their posts in the Pakistan High Commission in New Delhi on 6 April, on 18 April almost the entire Pakistani Deputy High Commission staff in Kolkata switched their allegiance to Bangladesh, on 26 April Pakistan’s Vice Consul in New York and on 27 August the Bangladesh Mission formally opened in London under the leadership of Justice Abu Sayeed Chowdhury. In the USA and Canada, M.R.Siddiqui, an important member of the Awami League leadership, Architect F.R.Khan and erstwhile Bengali diplomats from the Pakistan Mission in Washington helped to mobilize support for Bangladesh. They lobbied the electronic and print media and educational institutions. The trans-Atlantic collaboration among the Bangladeshi expatriates also led to the organizing of the famous ‘Concert for Bangladesh’ in New York in August 1971 with the help of Pandit Ravi Sankar and Beatle George Harrison. It created public sympathy for those seeking liberation of Bangladesh.

Indian Prime Minister Indira Gandhi had been closely following political developments in the then East Pakistan since the beginning of 1971. The Bangladesh crackdown had affected India directly. Shelters had to be created overnight, food found, distribution facilities organized, camps for ten million people administered and medical facilities made available.

Twelve Indian Cabinet Ministers visited a total of 85 countries to apprise them of the unsustainable situation in India. Indira Gandhi also went to six western countries – including USA, UK, France and Germany. She then realized that India required a more hands-on approach. This led her to the strategic decision of signing on 9 August 1971 a Friendship Treaty with the USSR valid for twenty years. This was to prove invaluable during December 1971 when efforts were made by USA and China to bring about a cease-fire in the war between India and Pakistan in occupied East Pakistan.

In the meantime the better-organized MuktiBahini had captured strategic positions along the Bangladesh border during the month of November 1971. The MuktiBahini started operations at Chuadanga, Meherpur and Kaliganj under Sector No. 8 and followed it up with similar thrusts towards Hilly. Bhurungamari was liberated by troops from Sector 6 and the Pakistani airfield was also made unworkable.

It was this deterioration that brought matters to a head on 3 December 1971. Yahya Khan ordered the Pakistan Air Force to attack vital Indian military targets in Kashmir and issued a formal declaration of war upon India. The Indian Government felt they could now respond without international condemnation.

This development led to the immediate establishment of a Joint Command of the Allied Forces, consisting of the Bangladesh MuktiBahini and the Indian Armed Forces. Lt. Gen. Jagjit Singh Aurora, Commander, Eastern Command of the Indian Army was appointed Commander of the Joint Forces. Fighting started both in the Western as well as the Eastern flanks of India.

The United States and China within the United Nations Security Council tried to halt the armed clash between Pakistan and India but met stiff resistance from the USSR, a permanent member of the UN Security Council, countries from the Socialist Bloc and India.

The situation also underwent a substantive change when India, on 6 December, officially recognized Bangladesh as a sovereign country. The next few days between 12 and 14 December saw hectic diplomatic activity in the United Nations. Eventually Bhutto was sent as Special Emissary by the Pakistani military authorities to New York. He requested for a Special Session of the Security Council on 15 December. However, by the time this meeting would be convened it was clear that Pakistan had lost the war and was in the process of surrendering to the Allied Command in Dhaka.

The war continued till the 16th of December 1971 when the Pakistan Army stationed in occupied Bangladesh surrendered to the Allied Forces. Lt. General Niazi signed a formal Instrument of Surrender on behalf of the Pakistan Forces in Dhaka. More than 93,000 Pakistani soldiers became Prisoners of War.

Victory Day had arrived and an independent Bangladesh was born. The War of Liberation was a success because both civilians as well as the military forces fought it with total commitment. It will always remain a glorious chapter in our history.

It would be pertinent at this point to also draw the attention of readers to the amazing coincidence as we celebrate the 50th anniversary of the independence of Bangladesh in 2021. Our War of Liberation formally started on the 26th of March, 1971 and subsequently gained recognition as our Independence Day. It was a Friday. In 2021- fifty years later-this date is also a Friday. In fact, most interestingly, the 1971 English calendar and the English calendar of 2021 are exactly similar for the whole year- in terms of dates and days. This is amazing. Our glorious national history has turned a full circle.

Muhammad Zamir, a former Ambassador, is an analyst specialized in foreign affairs, right to information and good governance