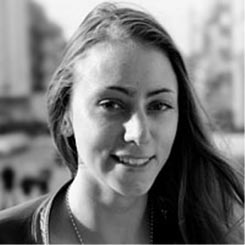 The 14th of July remembers each year the French Revolution in the end of the eighteenth century as our National Day. Unity of the people against the absolute powers of kings is a founder episode of our History! The whole city bears blue-white-red, colours of the homeland, for this particular day. I can assure you this day will provide you a lot of celebrations and festivities in the city of Paris. Here are our recommendations of things to do on French National Day in Paris.

On the night of the 13th of July, many traditional balls are organised, and Paris converts itself into a giant dance-floor between 9 pm and 4 am of the next morning. In every neighbourhood, firemen organize traditional balls.

It depends on the fire station but you may have to give a little contribution to join the party. There are also more public ones. For example, the ball of the Bastille Square gathers thousands of persons, enjoying all together concerts and popular dances.

Military parade, power of the nation on the Champs

The military parade is the main attraction on the morning of the 14th July. It takes place in the Champs Elysées between the Arc of Triumph and the Concorde Square where is installed the presidential rostrum. There are 4000 soldiers, 240 horses and also the national flotilla of war planes designing the French flag in the sky. This parade is definitely one of the highlights of this important date, so if you’re in the city on July, 14th, don’t miss it!

If you don’t like crowded places and rather get away from the crowds, prefer seizing the opportunity to quietly walk the best neighborhoods of Paris while everyone’s at the festivities, I suggest you to join our walking tours! Our Paris tours run everyday, even during the French National day!

Walk the lovely neighborhoods of Marais and Montmartre, the areas of the Latin Quarter and Saint Germain des Près in the company of a local guide! Explore Paris hidden gems but also get to see Paris greatest landmarks! During these tours, your local guide will make sure you enjoy the most of the city! At night, if you’re wondering where is the best place to see the fireworks, you can join our night tour! Your local guide will provide you the best tips!