Terrorists severely injured a freedom fighter and his wife with sharp weapons in Chandpur after failing to occupy their homestead. It has been alleged that the freedom fighter’s family could not return home fearing more attack.

The incident took place at Uttar Nauri village in Matlab Uttar upazila of the district on May 19. Freedom fighter Mahbubur Rahman and his wife Beauty Rahman, who were seriously injured in the terrorist attack, are currently undergoing treatment in Dhaka. Their son Masudur Rahman Tipu has filed a case against five people on May 22.

Local police arrested an accused last Friday night after six days of case filed. The rest have been roaming the area but have not been arrested. There are also allegations that an influential person in the area is indulging the accused.

When contacted, Matlab Uttar Police Officer-in-Charge Muhammad Shahjahan Kamal said the main accused in the case was arrested on Friday. Police are continuing their operation to arrest the other accused. 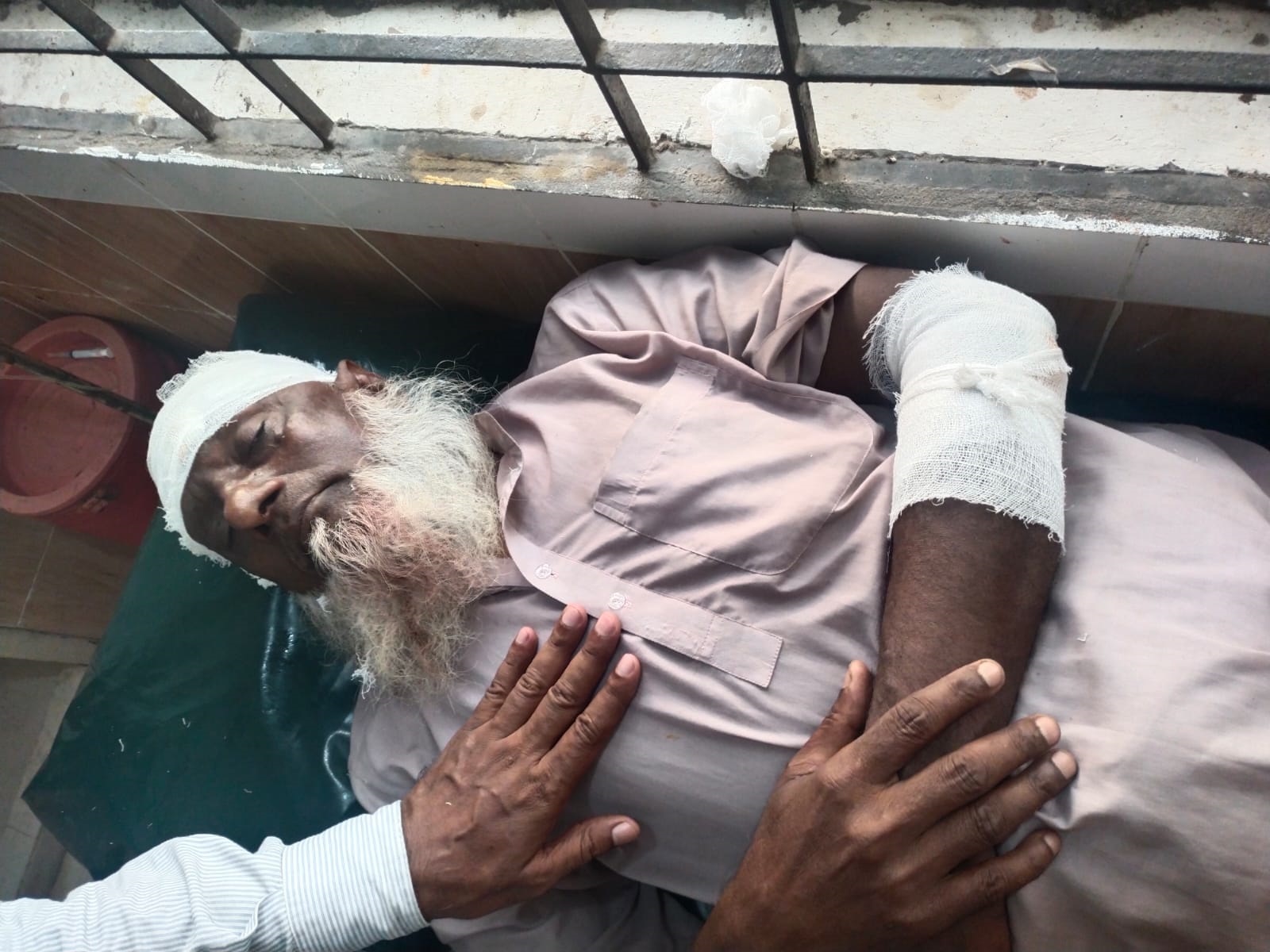 Masudur Rahman Tipu, the plaintiff in the case, said, “For a long time, a group led by Amin Darji, son of Nazrul Darji and Alam Mizi, son of Nuru Mia Mizi, has been trying to occupy our house. We two brothers do not live in the village because of the job. Elderly parents both live in the village. That cycle is deliberately in conflict with the parents. They even interrupted the construction of the house a few years ago. Later, the construction work was completed with the help of local people's representatives and administration. ”

“After building houses, they become more reckless. A few days ago, they forcibly built a wall within the boundaries of our house for the purpose of inciting conflict. If we want to protest against it, they come forward to kill us. Recently, when a tree was cut down on the border of our house, they claimed that it was their own. My mother, who was at home, was also beaten when she went there,” added Tipu.

Tipu added, “They have beaten me and my younger brother before. More than one general diary has been kept at the police station for the safety of the family.” The seriously injured Mahbub couple was first taken to the local Upazila Health Complex where the doctors immediately referred them to Dhaka Medical College Hospital. Although their condition has improved a bit, they are not able to return home for fear of terrorist attack.

Freedom fighter Mahbub lamented, “We have fought for the liberation of the country at the cost of our lives. Never took illegal advantage. When I am at the end of my lige in the independent country, some are trying to kill us to get our land and house. I want a fair justice. I want to return to my ancestral home and spend the rest of my life in peace.”

“They have attacked several times before. Many of us have been evicted due to their oppression. They have been forced to sell their lands at nominal prices. Now they want to occupy my land by evicting me. I have endured many tortures. But this time I become totally helpless. I want to leave in my native village,” he concluded.

‘Canals, wetland, rivers and Haors will be excavated to prevent floods’