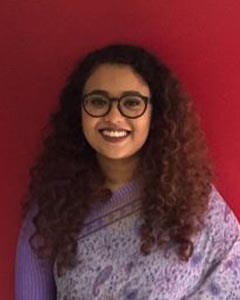 The rise of Kazi Nazrul Islam in Bengali literature has been regarded as a comet in the sky of literary arts. The impact he had in the field of literature is incomparable to any other figure in contemporary times. He is best known, after penning the famous poem ‘Bidrohi’, as the rebel poet.

Nazrul is the national poet of Bangladesh. His writings are responsible for sparking the revolutionary spirit in the fight against the British colonial rule. Nazrul Geeti is one of the staples of Bengali music and has inspired generations of artists.

Nazrul was an ardent lover of philosophy, both religious and secular. He was deeply spiritual and his poetry reflects an immense devotion to the human spirit and self-exploration.

His poems and writings are a testament to the humanitarian side of his personality. He wrote of equality during a time when the concept was foreign to many. He believed that the indomitable spirit of individuals is enough to fight oppression.

Critics have described him as a revolutionary figure in Bengali literature. Attempts to categorize Nazrul’s poetry and genre have been going on since the first half of the 20th century. But trying to put Nazrul’s works in a fixed category has proved difficult indeed.

Nazrul’s philosophy was well ahead of his time. He believed in equality and opposed all forms of bigotry and discrimination based on religion, caster or gender. Not only that, but he was fearless in advocating for what he believed in. He valiantly rebelled against the British colonial rule, and was imprisoned for his activism.

He spoke of communal harmony and practiced it in his own life by marrying a Hindu woman. He wrote both Islamic and Hindu devotional songs and he named his sons with both Hindu and Muslim names: Krishna Mohammad, Arindam Khaled (Bulbul), Kazi Sabyasachi and Kazi Aniruddha. His use of Arabic, Persian, and Sanskrit words in his works to produce rhythmic effects branded him as a maverick poet.

Many of Nazrul’s biographers have referenced relevant sources to readers in order to shed some light into the enigma of his life. We can use that information to decode Nazrul’s life and works. Nazrul was born to a poor family during the British colonial era. Since his childhood, misfortune and instability were his constant companions. During his formative years, instead of stability and comfort, he was confronted with one hurdle after another. His father passed away when he was only 9 years old. At age 10, he took his father's place as a caretaker of the mosque to support his family. He also assisted teachers in the school and thus began his professional career at a tender age.

Attracted to folk theatre, Nazrul joined a leto (travelling theatrical group) under Basudeb kaviyal. Financial difficulties made his youth years a turbulent time and he even had to stop his education. By the age of 15, he had lived an unimaginable life, having travelled from one end of Bengal to another in order to make a living and in search of education. From eighth grade to tenth grade he was enrolled at the Searsole Raj High School in Raniganj.

After giving his pretest at the school, he joined the 49th Bengal Regiment during the First World War. He was stationed at the Karachi Cantonment where he wrote his first prose and poetry. His first prose work, "Life of a Vagabond" ('Baunduler Atmakahini'), was published in May 1919 in the Saogat literary journal. During this time he wrote the novels Bandhan-hara ('Freedom from Bondage') and Rikter Bedan (The Sorrows of Destitute).

In 1920, at the age of 21, he took time off for a week and travelled to Calcutta. There he met eminent personality of the Indian Communist Movement comrade Muzaffar Ahmed. Nazrul left the British Indian army in March of 1920 when the 49th Bengal Regiment was disbanded and settled in Calcutta. He started living with Muzaffar Ahmed during this time. However, he managed to continue his education during these tumultuous times.

Learning about his eventful youth gives us a clearer understanding of Nazrul’s revolutionary mindset and of his rebellious works. In life, people are driven to self-discovery through their own experiences. In Nazrul's poems, songs, stories and plays we see an observance of spirituality and human nature. The limitations of real world experiences have shown him the way in his pursuit to represent the duality of life and art in his work. In Nazrul's poems, we note a sincere conviction in self-discovery. In Nazrul’s famous Bidrohi (The Rebel) poem, the poet’s grasp on his own identity gives us a clear image of who he was. In the poem, he wrote, ‘I am the rebel eternal, I raise my head beyond this world, High, ever erect and alone!’

Nazrul's artwork was created and expanded by experiencing various inconsistencies in personal life, social life and the world. It was for this reason that he was able to capture the essence of post-World War I socialism and industrialism in his writing. Rabindranath's exquisite and aesthetic works turned into a fascinating telescope for the astute reader in the pursuit of the strange contradictions of the contemporary era.

Rabindranath’s in-depth socio-political discourse was able to stir the conscience of the educated citizen middle class - his appeal was widespread in the larger public life. The readers of that time were not accustomed to writers of Rabindranath’s calibre. In such a time of colonial-imperialist exploitation, class exploitation, feudal exploitation and hostility, they were waiting anxiously for literature that would bring about social revolution. The emergence of Nazrul in Bengali literature coincided with this mindset and social background.

As he realized the inconsistencies, instabilities and desires of society through varied experiences in

his personal life, he saw the extreme degradation of human values and realized the importance of self-empowerment. One of the main signs of modern art is the unanimous acceptance of individualism, which is the reflection of the awakening and progress of the society as a whole in one's self-realization. Just as Shelley's unarmed Prometheus pointed out the truth of human liberation in romantic poetry, so did Nazrul's rebellious ‘Ami’ (‘I’) protest against all worldly inconsistencies and inequalities. But in Shelley's poetical imagination, what was thoughtful and vacuous, became a reflection of social political consciousness in Nazrul’s poetry.

We must remember that Nazrul was the representative of a newly created population of Bangladesh. Being the representative of the newly formed Muslim middle class in the first half of the twentieth century did not make Nazrul’s worldview narrow; rather he embraced the history, heritage and mythology of all communities. That was a rare thing for poets of that time. Nazrul's personality and collectivism, his self-discovery, ethnicity-seeking, heritage-selection and world-wide search are intricately contradictory, and the core of the poet's social complexity is his distinctiveness.

His poetry is derived deep from the consciousness of the people. He had to look for new poetic elements and sources of energy in the background of the distorted values of Bengalis, the desperate dreams of the middle class and the pessimism during First World War. His poetry also reflects the wounds of colonial society. The poet, confident of human existence and power, uttered the words of genuine hope and possibilities. His rare optimism is a motivator for people of all times. Nazrul's immense confidence in the human potential and the socio-political transformation of Bengalis exists as motivation for future generations.

When the colonized society of India became engulfed in war and wound up with bombs and mortar shells, millions of people died — its ability to contain a totalitarian response turned the poet into a revolutionary. The catalyst of World War I, the Russian Revolution, India's agrarian independence movement, and the multi-faceted material experience of individual life enriched Nazrul's poetry in that revolutionary consciousness. His youthful consciousness added an unexpected dimension to Bangla poetry.

Nazrul’s transformation took place after his mind came to terms with socialization and politicization. His politics became fodder for his artistic creations. The significance of intelligence became increasingly secondary to the passion and youthfulness of youth. The experience of imprisonment and of the battlefield changed the structure of a poet's mind as well. We have seen the paradigm of war in the poetry Meghnadbodh of Madhusudan. Although very unilateral, the terminology of war was used there.

The poem 'Kamal Pasha' of 'Agni-Veena' has shaped the battlefield structure of contemporary times. And in the poem 'Agamoni', the structure of the Kali-like Asurashanshini Devi Durga has been created. But the poem's ending holds true at the center of contemporary political activities.

Although the beginning of the poem is a manifestation of the person's sense of belonging, it has continuously become associated with social life and myth. The significance of the use of mythological symbols in ‘Proloyollash’ (‘The Ecstasy of Destruction’) and ‘Rebel’ poems is synonymous with the poet's uniqueness. In his desire to liberate the colonial society, the poet has repeatedly used the slander of Nataraj Shiva to destroy and create.

The multi-dimensional spread of 'I' in Bengali poetry indicates the uniqueness of Nazrul's poetry. He expresses this sense of self in a much more integrated way than his predecessors through the metaphysical context. The epistemic myth of Madhusudan and the mythical source of the plurality of manifestation of Nazrul's imminence from Rabindranath's crystallized and replicating world (such as 'Chitrangada') are undoubtedly of significance.

Kazi Nazrul Islam has transformed planning, not only in poetry, but also in anti-social, political, discrimination and oppression. Nazrul's contribution to the transformation of Bangla poetry from a socio-cultural-political and symbolic point of view is unique. Nazrul's outward anger has played an important role in the multi-faceted expression of his personality in Bengali poetry.

Nazrul once said, "Even though I was born in this country (Bengal), in this society, I don't belong to just this locale. I belong to the world".