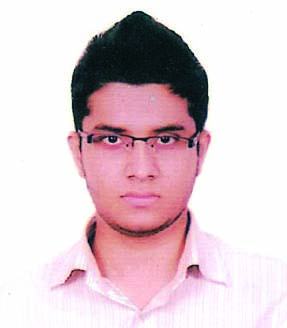 Four pillars of Bangladesh cricket are looking forward to playing their fourth World Cup. Mashrafe Bin Mortaza did not play in World Cup 2011. Otherwise, it would have been the fifth World Cup for the Narail Express. Mashrafe has played in the 2007, 2015 World Cup after playing in 2003.

He led the team 2015 and will do the same this time as well, which will be his last World Cup.

Mushfiqur Rahim, Shakib Al Hasan and Tamim Iqbal started their World Cup journey in 2007. That was the first World Cup of this legendary trio.

Since then, Bangladesh has played 21 World Cup matches and in each of them Mushfiqur, Shakib and Tamim featured. They will be also seen in this year’s World Cup. Tigers’ success and failure in England will rely a lot on their performances.

In batting, Mushfiq, Shakib and Tamim’s performance in 21 matches of the World Cup are more of the same. Mushfiq has scored 510 runs. Shakib has scored 540 runs with 23 wickets.

Tamim scored 483 runs and skipper Mashrafe scored 165 runs in 16 matches with 18 wickets to his name.

Their personal performance on a particular day is quite intriguing. Tamim's 51 in 2007 is still one of the best innings of a Bangladeshi batsman in the World Cup. Mushfiq's unbeaten 56 runs in that match is also very valuable. Mashrafe, who was adjudged as Man of the Match, ended with figures of 23/4 in 9.3 overs.

Shakib did not get any wickets in that match but scored 53 runs.

Tamim’s 95 was pivotal in Nelson in the 2015 World Cup. Bangladesh won that match by chasing 319 runs against Scotland.

Mushfiq was the most consistent in the 2015 World Cup. After 71 against Afghanistan, he scored 36 against Sri Lanka, 60 against Scotland, and 89 against

Shakib is always a valuable asset for Bangladesh as he is the ace all rounder of the team. He is under the possession of scoring most runs and taking most wickets in the World Cup as a Bangladeshi cricketer.

Their performance in the last four years

Mashrafe Bin Mortaza has played 56 games in the last four years. The ODI skipper took 69 wickets with 378 runs to his tally.

But in these four years, the one who stole the limelight in batting was southpaw opener Tamim Iqbal. Tamim's 2335 runs in 48 matches was something surreal. He also got seven tons to his name. Mushfiqur Rahim scored 1941 runs in 55 matches, with four centuries.

Shakib as always was also very effective. In 48 matches he scored 1404 runs, and took 57 wickets

with 1 century. Apart from them, Mahmudullah scored 1185 runs in 55 matches and scalped 8 wickets.

England can do ‘something special’: Root