Departure of a legend…

Alauddin Ali has been known in Bangladesh music scene since the seventies. He is a legend in Bengali songs and Bengali film songs. He was simultaneously a composer, a music director, a violinist and a lyricist.

Numerous songs have been written, composed and directed by him. He has composed about 1,500 songs in films, radio and television combined. Those songs still resonate amongst the people of the country today.

Alauddin Ali was born on 24 December 1952 at his father’s rented home on Nazimuddin Road in Old Town Dhaka. His ancestral home is in Bashbari village of Tongibari upazila in Munshiganj. His father Ustad Jadob Ali was also a man of music and used to work in Bangladesh Betar. His mother’s name is Johra Khatun.

At the age of one and a half, Alauddin Ali moved from old Dhaka to AGB Colony in Motijheel, Dhaka with his family. This talented artist grew up in that colony with his three brothers and two sisters.

His first hand in music was enriched through the violin under his uncle Sadeq Ali’s guidance. The Dhaka-based artist won the ‘All Pakistan Children’s Competition’ for playing the violin at an early age.

In 1968, he entered the film world as a violinist with Altaf Mahmud. Renowned composer Anwar Parvez has also worked as an associate of various composers. The music director became interested in playing the violin in various films. He made his debut as a music director in 1972 with the patriotic song ‘O Amar Bangla Ma’.

After working regularly in Bangladesh Television, he started directing music for the first time in the same year with the film ‘Sondhikhhon’.

He was acclaimed for directing music in 1975. He has directed the music in the film ‘Padma Nadir Majhi’ by renowned director Gautam Ghosh. He has also directed music for the films ‘Golapni Ekhon Traine’ (1979), Sundari (1980).

All together, Alauddin Ali has won the National Film Award for more than 300 films, including 6 times as music director and 1 time as the best lyricist.

He has also been awarded various honours and has received recognitions for his long career.

In his long career, many happy singers from Bangladesh, India and Pakistan have enriched themselves by singing to his tune. 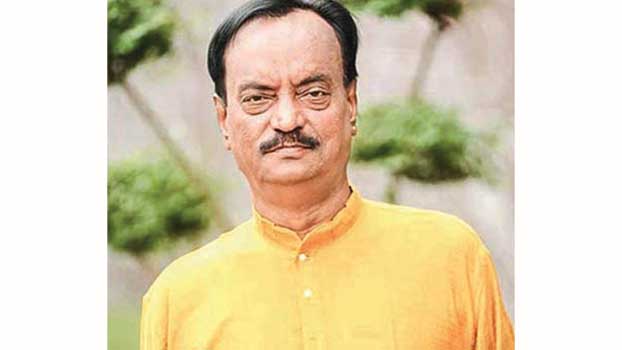 Nairuz Sifat for her first movie

Freed US slaves depart on journey to Africa

New banknotes in 6 banks in Ctg