Celebration of the French National Day 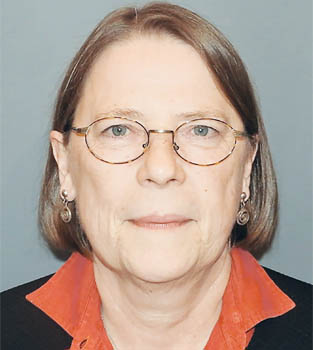 230 years ago, the people of Paris stormed the fortress named La Bastille, used as a prison since the 15th century, hoping to seize arms and ammunitions inside, as well as to free innocent men and women imprisoned without trial by the King Louis XVI. In that time, the monarchs had the power to send to jail whoever they wanted without any justification, nor judgment. Mostly, the people that were sent there were deemed to have committed the crime of “lèse majesté” (undermining the authority of the King), many by writing or publishing a text that displeased the King, like the philosopher Voltaire.

The fall of the Bastille had a huge moral impact and undermined further the failing authority of the King. It became the symbol and the starting point of the French Revolution. It was officially celebrated as such for a few years, before the Emperor Napoleon, for his own reasons, stopped it in 1805. It was only 75 years later, under the Third Republic, that the 14th of July became the French National Day. On this date, we celebrate the French revolution and its ideals of Democracy and Human Rights, that France along with its European partners and many other countries, promote and defend all around the world.

We are happy to share this symbolic historical, intellectual and political, legacy with all our friends in the world, so many of whom have taken inspiration from our and their own experience (be it wars, political battles, intellectual constructs…) throughout centuries in order to build and elaborate the shared multilateral thread and institutions, which are binding us and supporting all of us. We are proud that in Bangladesh many persons share a lot of our history and culture and cherish the bonds of friendship between our two countries and two people.

Our relationship with Bangladesh has many aspects: political, economic and cultural. Ever since the Liberation War, in 1971, when the great French intellectual André Malraux called for international support to the fight led by Sheikh Mujibur Rahman, the friendship ties between our two countries have grown stronger and more dense. The Honorable Prime Minister, Sheikh Hasina, visited France in December 2017 and had very substantial discussions with the President Emmanuel Macron. He expressed our gratitude for the generous hosting and protection granted by the people of Bangladesh to the more than 740.000 Rohingyas who were violently forced to flee their country since August 2017.

The President recalled France’s determination at mobilizing the Security Council, in response to what he has described since September 2017 as “ethnic cleansing”, echoing the then High Commissioner for Human Rights. Despite all difficulties, we continue to promote joint efforts to find a lasting solution, with the support of the United Nations Secretary General and all UN Agencies, based on the international norms of accountability and justice,   and on the right for the Rohingyas who wish to return to Myanmar to do so in dignified, safe and sustainable conditions.

Both leaders further expressed their commitment to continuing our cooperation in combating climate change, to which Bangladesh is particularly vulnerable, in line with our cooperation towards the adoption of the Paris Agreement. They discussed the growing number of projects aiming at a green and inclusive growth financed by the French Agency for Development. They further reviewed our bilateral trade, which is tilting quite heavily in favor of Bangladesh, as your country has become our main readymade garments supplier.

France is proud to have provided the first satellite of Bangladesh, Bangabandhu 1, launched in May 2018. The two Alliances Françaises in Dhaka and Chittagong promote French language and culture in Bangladesh, as well as your country’s culture in France.

There is a lot more that Bangladesh and France, by itself or with its partners of the European Union, can do together for the benefit of our peoples. We will keep looking for new areas of cooperation and ways to strengthen further our relationship.