Working in close collaboration with the French Embassy, the Alliances françaises of Dhaka and Chittagong are the tool and the symbol of the longstanding and successful cultural and educational cooperation between France and Bangladesh. The Alliances are non-profit entities, independent from any political or religious commitment; and prohibiting any type of discrimination. Their aim is to promote French language and culture and to foster a closer relationship and a greater understanding between the people of Bangladesh and France. 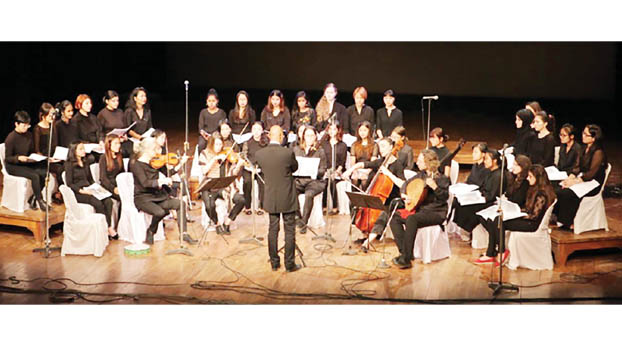 Often known as the French cultural and language center, the Alliance Française de Dhaka has been working in Bangladesh since 1959. It is located in the center of the capital, in Dhanmondi, the heart of the cultural and artistic activities in Dhaka. Since its creation, the AF has contributed to the dialogue of cultures and the promotion of cultural diversity. It has been working in close collaboration with emerging and confirmed Bangladeshi artists and intellectuals in different fields: visual arts, performing arts (music, mime, poetry, theater, dance, circus) cinema, discussion of ideas and literature. In 2018, the Alliance has registered 6400 students in French classes and welcomed more than 16.000 spectators to photography, sculptures and painting exhibitions, concerts, screenings and conferences. If lots of activities are taking 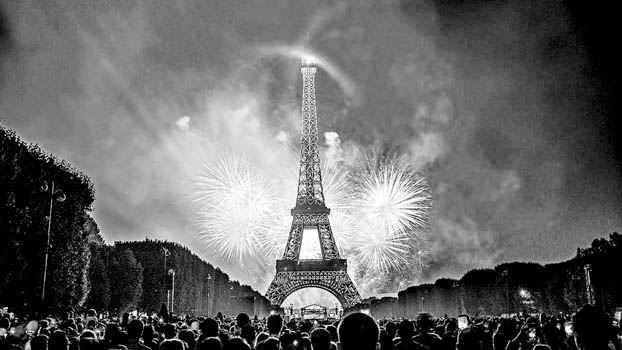 place in its facilities (auditorium, gallery, cafe and classrooms) many performances are organized with key partners such as the Shilpakala Academy and Dhaka University. The Alliance has collaborated with major cultural festivals such as Chobi Mela, the Children Film Festival, Dhaka International Film Festival, Dhaka Art Summit, etc.

This last year was very successful in terms of audience and programming quality and diversity. Among the key events were the photography exhibition of Patrick Brown "Exodus" organized with UNICEF,

the concert of Son Ar Mein Consort and the Asian University for Women choir (in partnership with AF Chittagong) held in the Shilpakala Academy. The Francophonie week was the opportunity to celebrate and promote French language as well as cultural and language diversity. The Alliance Française de Dhaka with the Embassies of francophone countries in Bangladesh offered a rich program of activities among which LabCitoyen, a program bringing diverse civil society representatives to debate in French on current Human Rights issues. 2019 edition was focused on "Women’s Rights: Equality and Citizenship”. A young and talented Bangladeshi AF female student won the competition and was invited with fifty young Francophones from all over the world for a week-long stay in Paris to discuss major Human Rights issues through a series of conferences, debates, round tables and workshops.

The artistic activity is also intense in Chittagong where the Alliance française was founded in 1965. Mainly focused on French courses, it registered around 6500 admissions for French language classes in 2018. The Alliance hosts lots of projects which build a dialogue between Bangladeshi and French cultures. In March 2019, for instance, the famous singer Farida Parveen performed with the reputed French music group TM+ for an original program which was presented in Bangladesh, in France, and will also be shown in India next year. The Alliance in Chittagong also teaches some history and practice of French classical music and leads an important project with the Asian University for Women’s Choir.

Regarding visual arts, the AF Chittagong has an exchange program with the Besançon University of Arts in France. It also offers to Bangladeshi artists and students opportunities to discover new forms of art, such as a work on video games and digital arts, in partnership with the French Ministry of Culture and French World leader company Ubisoft based in Mumbai.

The Alliance in Chittagong also offers a stage and a space open to all Bangladeshi artists, renowned or emerging. Musicians, sculptors and painters have presented their work in Alliance française: the painter Soumen Das, the sculptor Sameena M Karim, the flute player Azizul Islam, the stage manager Ashim Das, as well as young students in arts and music from the Chittagong Institute of Fine Arts and Music Schools Sangeet Parishad and Chittagong Violin School.