An insight into our sheer indifference to child rights 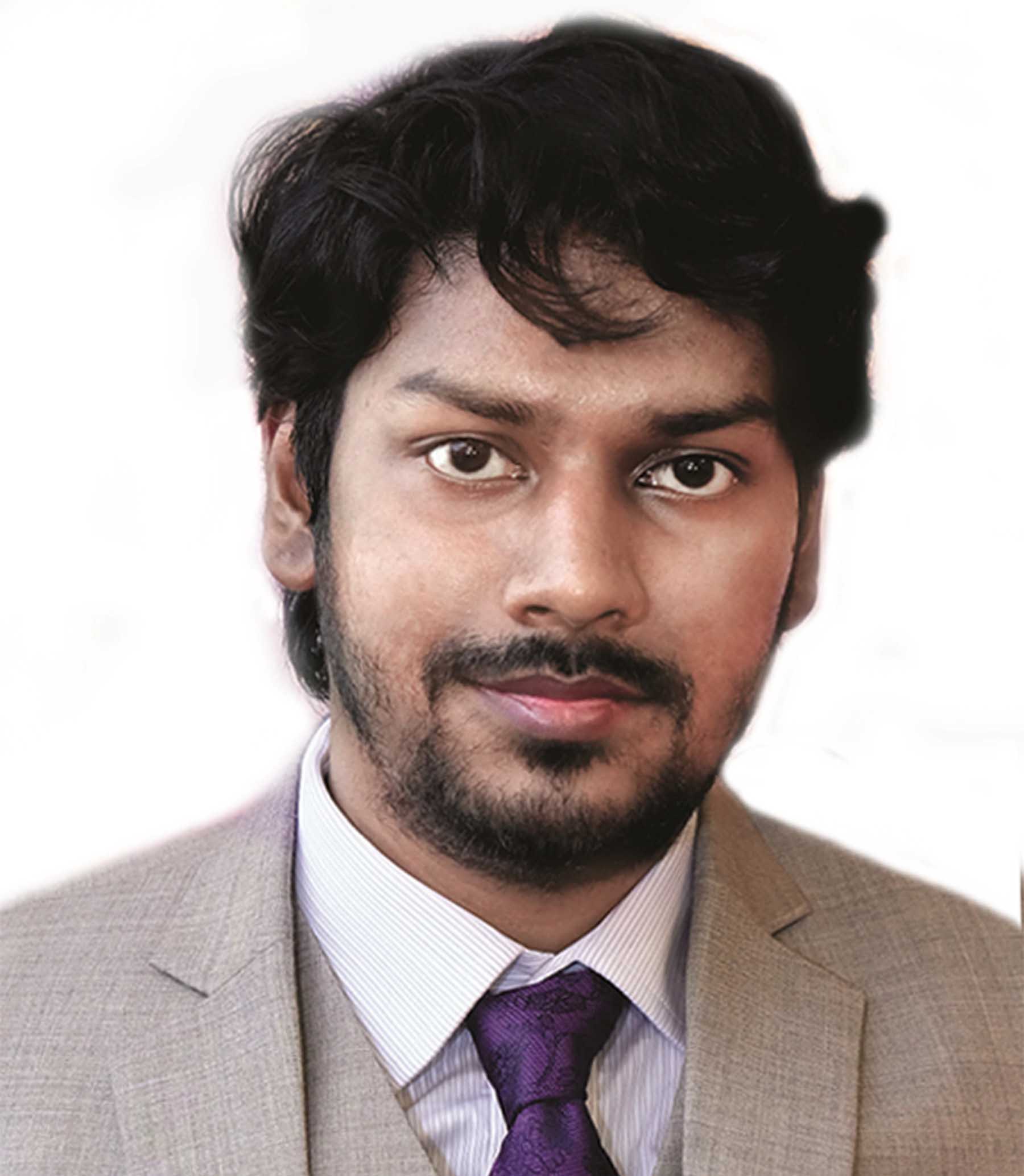 As humans we have a common tendency to follow the suit. It is even true when it comes to becoming a parent, especially in a country like Bangladesh where our thought-process is shaped by the stereotypical notions considered to be true in our society.

Most of us want to have children just because the society wants us to perform this task, and there are very few of us out there who actually contemplate the issues related to parenting before coming up with the decision to taste parenthood and prepare themselves accordingly so that they become emotionally available to their offspring once he/she is born.

As a result, most of us become parents even without realizing our responsibilities towards our children. Such ignorance (or lack of realization) coupled with hackneyed ideas on parenting prevalent in our society often leads us to a state where we fail to flip the script and argue whether we are protecting and fulfilling all the rights that our children are entitled to get from us.

In fact, we often fail to accept that even our children have some rights, let alone defend those.

Well, there is no denying that we violate our children’s rights, both tangible and intangible, in many ways --- some of us do it in our senses while others will find this whole issue of denying a child’s rights absurd.

The first thing that we often deny and fail to ensure is a quarrel-free and congenial atmosphere for our children in their early years. In our society we consider quarrelling in a family a very usual affair. Well, parental arguments are normal, but the extent to which the arguments linger makes the difference in a child’s mental well-being.

There’s bound to be squabbles in a relationship and occasional disagreements aren’t a big deal, but we often forget that our child is observing all those fights which is not going to help him/her in any way. Parents often resort to destructive ways of venting out their anger which frustrate their child.

In the book Marital Conflict and Children: An Emotional Security Perspective, written by renowned developmental psychologists Cummings and Patrick Davies from the University of Rochester, it has been claimed that destructive tactics that parents use with each other such as verbal aggression, insults, threats of abandonment and physical assaults like hitting and pushing create a stressful environment having long-term cognitive impacts for the children.

Most of the parents in our country do not take this issue into account. As a result, they keep quarrelling and violating a child’s right to a healthy atmosphere.

Secondly, as we advance in our lives, our priority changes as well. Once-a-family-man turns out to be so obsessed with his career that he forgets to spend time with his children.

This is especially true for the fathers as they happen to be the wage-earners in most of the families in our society thanks to the patriarchal attitude that we have cherished with so much perseverance and enthusiasm over the years.

Well, there is nothing wrong in dreaming for bigger things, but our family and children should never occupy the back seat during our journey of life. To generalize, fathers, in our society, have a tendency to think that only providing money for meeting the basic necessities is the sole responsibility he has towards his family and the children to be particular.

This argument is not so cogent, yet not deniable right in the first glance. There are actually fathers who never or at least feel the necessity to live up to their children’s emotional expectations. Such practice and mentality is a clear violation of a child’s emotional right since he/she deserves a fair share of father’s time as well.

Thirdly, parents in our society are way too pushy as far as valuing their children’s individual choices are concerned. This is especially true in certain instances relating to education and career choices. Very few parents actually let their children pursue their own dreams as they consider their children as extensions of themselves, rather than an individual having independent choices and aspirations.

As a result, they want their children to fulfil the dreams that they themselves have never been able to achieve in their lifetime. Consequently, we see that most of the parents want their children to be either a doctor/an engineer or a public servant owing to the fact that their parents also had same kind of expectation from them.

Such kind of authoritarian parenting not only harms a child’s self-esteem but also creates a widening psychological gap between the offspring and the parents.

Fourthly, a good number of parents in our country are reluctant to shoulder their responsibilities towards their children and deny their (offspring) basic rights to food, shelter and education. This point can easily be comprehended if we look at the floating children living on the streets.

According to estimates by different NGOs working with street children, there are around 11 lakh street children in our country and many of them live on their own without any family support. Now give it a thought --- where are the parents of all these children? Are they facing any music for not performing their duties?

With all these said about child rights, the question is why the rights of the children are violated so openly and indiscriminately in our country. If seen from a broader perspective, there are two reasons --- age-old beliefs and social programming. With regard to the first one, in our society parents are deemed to be angels. That’s why there is no accountability for them even if they do not fulfil the responsibilities they have towards their children.

A significant portion of the society believes that parents are above question when it comes to bringing up their children and whatever they do is for the good of their children. As a result, there is very little room for discussing how far they are faring well in terms of parenting.

Even the state does not recognize the afore-mentioned invisible rights of the children owing to the parental beliefs that we grow up believing and internalizing. That’s why there is no law to stop parents from mentally torturing their children and no parent has ever been brought to book for not fulfilling the rights of their children.

The other reason is the most important as well as nerve-racking one --- social conditioning. We are being programmed since our childhood to think following a particular set of beliefs – one of those is to behave or respond in a manner that is generally approved by the peers and the society.

And the society conditions us to think in a way that approves of anything done by the parents as rightful and beneficial. This particular claim will be clear if we look at the way the media treat any news item related to old parent left on the street or anywhere else. Whenever any old parent is forsaken by his/her adult son/daughter, media outlets sensationalize the incident and make headlines slamming the offender (accused son/daughter).

That’s perfectly okay. But have you ever seen any media outlet coming down heavily on the parents of the street children who are actually solely responsible for ruining the future of those tiny tots? The answer is obviously ‘no’ and even cross-sections of people also do not talk much about those irresponsible parents. It happens so because we have been programmed socially to think that way.

So, what if all these rights are not fulfilled? Is there any impact on the child going through these troubles? Jean Piaget, a Swiss developmental psychologist with international repute, has outlined four stages of intellectual development that a child goes through in his famous theory of cognitive development --- sensorimotor stage, preoperational stage, concrete operational stage and formal operational stage.

In all these stages a child learns through schemas (kinds of knowledge that help a child to interpret and understand the world). When a child’s right is denied and exposed to violence, he/she forms that kind of schema and a twisted version of knowledge about the world, relationship and family life gets developed in him/her.

As a consequence, that child grows up with repressed feelings that keep accumulating inside him/her psyche and start clouding his/her views. He/she, in turn, also continues the legacy of bad parenting once he/she ascends to the role of a parent.

To conclude, what is the way out? We must revisit the dogmas related to parenting that we have been practising and following for so many years and learn to question the role of the parents as well. Let us not give anybody a free pass to do as they please (not even the parents). Only then, we will be able to defend the rights of the children.

The writer is a journalist who likes to delve deeper into human psyche with a view to exploring the factors that influence it.

A vision for protecting the world’s oceans

In the competition for Southeast Asia influence, Japan is the sleeper

Long-form journalism is the future of print

The politics of pronouns and social justice

Time for Europe to close ranks against Iran’s threats

International overreaction to coronavirus is more dangerous than the virus itself

Dispute resolution along the Belt and Road

Necessity of research in universities