A leader with a mission and vision

Breaking down all blocks and barriers before the path of progress and prosperity of the country, Prime Minister Sheikh Hasina is moving ahead to fulfill her noble mission of nation building. She is moving faster than the enemies thought it would be possible, as she has to complete the course before it is too late. The enemies, who had tried their best to prevent the country’s independence but miserably failed in 1971, when the nation was fighting a tremendous battle against the Pakistan Military Junta, are seriously active in pulling back the ongoing progress and want to get the country back into the dark days of medievalism.

In the recent past, they put all our innocent mothers into grave anxiety through a rumor that the Padma Bridge, a national pride and the largest installation in Asia, needs blood of thousands of children. I have no language to say something against them. These are the country’s nationalist forces who call upon the people to join and become dependent on them. These nationalist forces have only one moto - to defeat Sheikh Hasina, who has become the forerunner of the patriotic people who are enriched with Bengalee’s thousand year old tradition, culture, secular and democratic ideals.

“Sheikh Hasina, the daughter of Bangabandhu and a leader with a mission and vision, is the correct person who has correct plans to achieve country’s progress and prosperity. If she can fulfill her mission and vision for the people, that would be the real blow to the enemies of the country”

The enemies had killed Bangabandhu Sheikh Mujibur Rahman, who created an independent nation - Bangladesh for his fellow citizens at the cost of his life-long struggle. But after he offered the people their most cherished green and red flag, some enemies of the country brutally killed him along with members of his family.

The death of Bangabandhu was a loss for humanity. The country lost its founding father, and the world lost a great leader. The death of Bangabandhu is a national trauma which is not reparable. This death will continue to bleed in the heart of the peace-loving people of the world. The demise of Bangabandhu has brought about a dark era in the life of the people of Bangladesh. So long the nation and the green nature of this country exist; Sheikh Mujib will be living in the hearts of the people of Bangladesh as he was the gifted son of the nation – gift for the thousands years of worship by our mothers. He will also be remembered by the oppressed people of the world.

The death of Bangabandhu is tantamount to loss of independence of Bangladesh. Immediately after the killing of Bangabandhu, the state principles were changed overnight. The military Junta that took over power after his killing, had started behaving like the rulers of East Pakistan as if they had brought back Pakistan again. The state policy pursued by them was directly contradictory to the ideals upon which Bangladesh was founded.

It was clear that the Bengalese had lost their independence with the killing of Bangabandhu. The enemies had also thought that with the killing of the Father of the Nation country’s independence would vanish and they would be able to bring back their beloved Pakistan. But Sheikh Hasina, the most capable politician and country’s prime minister, didn’t allow that to happen. Coming back from exile, Sheikh Hasina started organising Awami League. After a long struggle she brought Awami League back, the only political party that gave exemplary leadership in the country’s liberation war, and came to power and started implementing the projects and programmes undertaken by the government of Bangabandhu Sheikh Mujibur Rahman. But the national and international conspiracies didn’t allow her to fulfill the plans. The nationalist forces returned to power and the enemies of the country started Pakistani style mass killing, looting and gang raping with the support of the then nationalist government.

Sheikh Hasina again started her struggle for democracy with new vigor and finally she won the election in 2008 and formed a popular government with people’s mandate. But the defeated forces, who were against the country’s independence, in the name of opposition, had resorted to destructing life and property following the path of violence. The horrific petrol bombs programme undertaken by the nationalist BNP had taken lives of hundreds of thousands of innocent people.

The heaven and earth were shaken by the heart-rending cry of petrol bombs hit men, women and children, but the nationalist forces didn’t pay heed to those screams and pain of humanity. Despite all that odds and obstacles, Prime Minister Sheikh Hasina went non-stop with her development programmes. Today, the country is on the development highway. International communities are giving the country many awards and calling it a ‘role model of development.’ Nobody can disrupt the country’s economic progress so long as Sheikh Hasina is alive.

It was proved that Bangabandu and Bangladesh are inseparable. Bangladesh is incomplete without Bangabandhu. It has been proved that Bangabandhu and his daughter are the gifted leaders to the Bengalese, who dreamt of a peaceful life, which only Bangabandhu could translate into reality. Bangabandhu Sheikh Mujibur Rahman, had been life-long devoted to achieving political, social, and economic emancipation of the oppressed people. The country would have become economically prosperous, socially developed, and technologically advanced under the dynamic leadership of Bangabandhu. But the enemies of Bangladesh did not allow that to happen. That unkind bullet took the life of Bangabandhu along with the members of his family.

The Bengalese will never forget the act of glory of Bangabandhu Sheikh Mujibur Rahman. Despite the country’s economic progresses becoming visible, the enemies have been working against the people since the independence of Bangladesh in 1971, and they will continue to do so as long as they survive. So they need a crushing blow.

And Sheikh Hasina, the daughter of Bangabandhu and a leader with a mission and vision, is the correct person who has correct plans to achieve country’s progress and prosperity. If she can fulfill her mission and vision for the people, that would be the real blow to the enemies of the country. 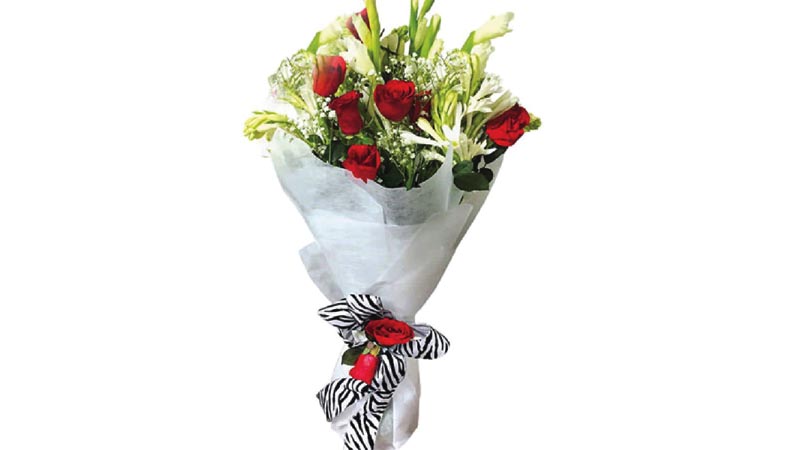