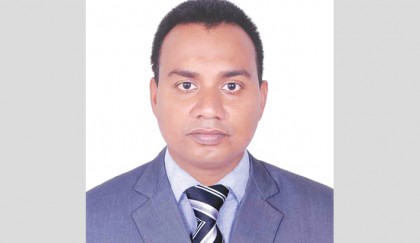 Nobody can disagree that coronavirus has created a global health threat unlike any other in our lifetimes. The world is going through the toughest time in human history. Against such a backdrop, the world has seen that China took the first and hardest hit as coronavirus caught China unaware without any warning. Though it has eventually turned into a global pandemic, China gave the world the breathing space to prepare for its inevitable global spread.

After controlling the spread of the deadly virus at home, China has extended its helping hands to the world in the fight against Covid-19. During the hard times of the pandemic, China has also rubbed the nose of its detractors in the dirt by standing by many nations affected by the virus. Stunning veteran global economists, China has proved its mettle as a highly efficient risk manager by turning its economy around besides curbing the deadly virus in a short span of time.

By going through tougher times, China has mastered the art of controlling the devastating and highly infectious virus and precisely come up with its dynamic zero-Covid policy. Many in the West are seen trying to throw the policy into question. They seem to be desperate to question the unparalleled success of China in protecting the lives of people through implementing the policy.

However, the people—irrespective of Chinese and foreigners living in China--are ever grateful to the government of China for keeping them safe from coronavirus. They believe that the stricter implementation of the zero-Covid policy has saved their lives. Thus the policy has already proved to be the most efficient to save the highest number of lives in China and beyond.

By looking into the pandemic situations in developed nations, we can easily realize the reasons why the people are all praise the zero-Covid policy of China. From January 3, 2020, to April 14, 2022, the US has documented 79,716,960 confirmed cases of COVID-19 with 979,321 deaths, according to the World Health Organization (WHO).

Apart from the epidemiological impacts, the US is bleeding white as the pandemic continues to take a heavy toll on its economic sectors. In 2020, the US GDP slimmed down at 3.5 percent, the biggest and first contraction since 1946 and 2009, respectively, according to Yahoo Finance.

The US Census Bureau's Household Pulse Survey mentioned that 51.1 percent of its respondents lost employment income, 12.1 percent had no food scarcity, 40.1 percent delayed getting medical care and 26.5 percent lost housing insecurity in the four weeks since March 13, 2020. From February through June of 2020, the number of persons with jobs was down by 14.6 million. The US also added $3.1 trillion to the public debt in just four months in the same year.

On the contrary, if we look back at the conditions of China in corresponding periods, we can have different realities. In China, from January 3, 2020, to April 14, 2022, there have been 954,346 confirmed cases of COVID-19 with 14,440 deaths, which clearly shows the number of fatalities in the US exceeds those of confirmed cases in China.

In addition, when the entire world was struggling to control the pandemic with its distinctive policies and strategies, China has been the first country to turn the tide of Covid-19. Therefore, since the control of the first wave of the virus, the number of infections in China never surpasses the hundred mark till the beginning of the ongoing surge; even up to half a million cases were recorded in a day in some countries though. The secret to the tremendous success of China lies in the dynamic zero-Covid policy.

Here I have compared the conditions of China with those of the US. But many more major and developed countries were only second to the US when it comes to fighting the pandemic. Nevertheless, many are seen to be desperate to blame China’s dynamic zero-Covid policy. They are the people whom the world has witnessed to spare no efforts to slander China under any circumstances.

They first tried to establish China as the origin country of coronavirus. But the world scientists including the World Health Organization (WHO) dismissed their baseless claims. They later started an all-out smear campaign against the dynamic zero-Covid policy of China. They are trying to tarnish China’s image by saying that the policy is violating individual freedom, human rights of movements, and some social rights.

While blaming China for its zero-Covid policy, they hide the truth about how many human lives have been saved by the policy. They forget to mention that the right to life is the most basic of human rights. Every right is aimed at facilitating the development of our potential and ensuring our survival as human beings. The dynamic zero-Covid policy is defending the very right to life. The distractors of China also know the reality. But they are condemning China’s policy only to cover up their failures in saving their people’s lives from coronavirus.