They are not much different from anti-liberation Jamaat. 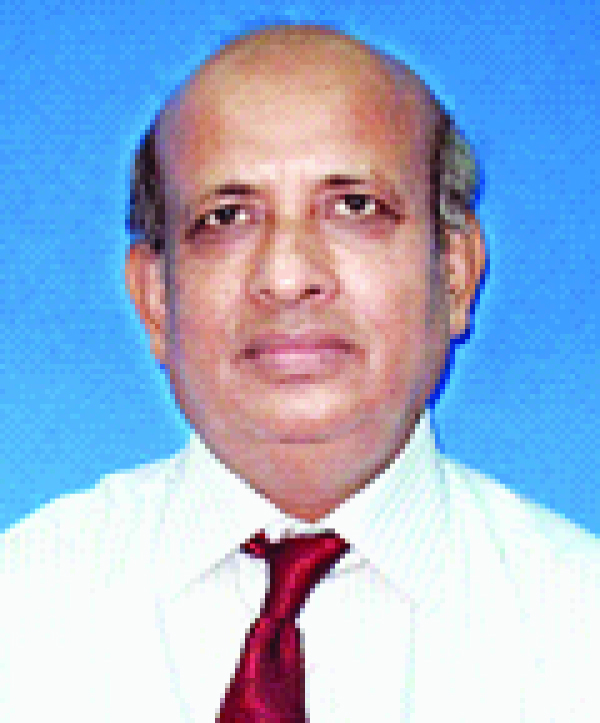 Hefazat in Bangladesh claims themselves as a non-political religious forum and its leaders often are identified as alems with an understanding that they lead the Qawmi madrasas throughout the country imparting a kind of religious education entirely based on their own curriculum and format. But people now suspect that Hefazat is not truly performing real spiritual and humanitarian role for the Muslims as it is done by the priests in the Christian world. To be an alem, it requires acquiring huge knowledge on religious theorization and scientific exploration with spiritual dedication and having political detachment and abstaining from personal greed and resource accumulation. In Bangladesh, the Hefazatis simply lead a segment of madrasa education which has long been prevailing in the Indian subcontinent as well as in Bangladesh being known as Qawmi madrasas. Genealogically, the Qawmi madrasas are the offshoots of a particular religious thinking which was first established under the leadership of Moulana Mohammad Kassim in 1866 at Deobond in India which later received its further prominence with the intellectual contribution of Moulana Ashraf Ali Thanvi.

While assessing the performances of the Hefazat in Bangladesh, it comes to our mind as to whether it is preaching spiritual Islam or they are using their students instigating them politically to be violent against the state and showing a kind of religious power as a counter force against the state. They always explore national and international issues for atrocities pretending that they are the only savior of Islam; anybody violating their own ways of Islamic explanations of the religion will be protested in violence with the help of their madrasa students. In reality, this is what the Hefazatis have been doing in Bangladesh for the last few years. They are so illogical in their behavior that they do not have any slightest realization that Islam cannot retain its international image if its disciples create nuisance in the social world; though our prophet categorically reminded us to be tolerant on religion.

We have all evidences showing that Hefazat had been performing with their own style of madrasa education where they teach their students only the Quranic verses and its related education without having any consideration for teaching other related issues of science and education of the modern world. But it is evidential that once upon a time, many Muslim philosophers and scientists like, Al Ghazzali, Ibn Sina, Al-Farabi, Ibn Arabi, Ibn Khaldun and many such religious scholars had contributed enormously in the development of science and education of the modern world; and all these philosophers were so much devoted to Islam that they often passed their nights on prayers, side by side practicing their wisdom. Al Farabi’s philosophical views on metaphysics have shown its profound epistemological influence on modern scholars in Europe and other parts of the world. Ibn Sina is a renowned Muslim scholar having his extraordinary contribution on aspects of medical science. Ibn Arabi’s concept of falasafah had contributed enormously in the emergence of modern philosophy. Ibn Khaldun taught us as to how asabiyyah works as an integrated force in the solidarity of the state while he expounded that there must be some factors of incitement among the people for cooperation among themselves which help survival of the state. What I want to argue here is that these Muslim philosophers are so reputed that even the Western world straight way translated their ideas in their own languages borrowing their themes to develop and expand them further to make improvement of science and education globally. But it is unfortunate that many philosophical interpretations of these scholars at the initial stage were fully denounced by their own fellow people at that time, with a plea that these were contributing to the scientific knowledge which is contrasting to the theological interpretation. The same fanaticism also works among the Hefazatis in Bangladesh who always avoid progressive scientific education and concentrate only on religious aspect of education being very traditional and obsolete. In fact, their spirituality is also now questioned as many of their leaders are found guilty of being involved in bad manners and anti-state activities. Although we know it very well that these traditional madrasas in our country are not at all contributing in the enhancement of our scientific knowledge, yet there is a boom in their expansion in the country. Some politicians and rich elites in our society have the tendency to donate a huge amount of money to these madrasas with a tricky way of increasing their social power-base in the community as well as having a falsity of faith that it is the mechanism to reduce the punishment for their sins in the afterworld as it had prevailed in the concept of ‘sale of indulgence’ among the Catholics in the Middle Ages. Furthermore, these madrasas receive huge amount of foreign donation also from the Muslim countries in the Middle East.

It is reported just recently that the hardliner Hefazat leaders along with its Joint Secretary General of self-declared defunct committee, Mr. Mamunul Haque incited Qawmi madrasa students provocating them to a riot by arousing a sense of opposition to Indian Prime Minister Narendra Modi's visit to Dhaka in a bid to overthrow the government and seize power. Police is suspecting his link with a political party and the fundamentalists who had direct involvement in the grenade attack of August 21, 2004. It is also reported that after this tragic grenade incident, Mamunul had helped one of the identified murderers to flee away to Pakistan who was protectively under his shelter for several days. The Anti-Corruption Commission has already noticed an unusual transaction of taka six crores in Mamunul Haque’s bank account which seems to be an important clue for future investigation of such activities. It is already in the press that the government is now suspecting many Hefazat leaders having accumulated a bulk of money and properties in their possession which requires to be investigated for public transparency.

If we carefully look at the incidences that occurred recently at Brahmanbaria on March 26 and subsequently elsewhere in the country, it seems to us that it is a kind of intolerable audacity where the Hefazatis destroyed and ransacked many government offices and attacked many places including Brahmanbaria Railway Station creating a total disruption of railway interconnection with the capital city. There is no doubt that this is a kind of power display in the form of hooliganism requires legal prosecution. The incidence of Brahmanbaria also proves that they do not have any respect for any renowned personality as they intentionally attacked Ustad Alauddin Khan’s institute whose prominence as a master musician is admired and revered throughout the whole subcontinent. In fact, Hefazat is always against Bangladesh culture and society; it does not allow constructing sculpture of our founding Father of the Nation, Bangabandhu Sheikh Mujibur Rahman which seems to us an audacity. Also they do not show any respect to our national anthem and most often discourage observing Pahela Baishakh and other cultural festivals; they are no less different from the Jamaatis. They do not recognize the independence of Bangladesh from their core of heart; instead, often speak ill of it, which clearly reflects their national contradiction. We should be careful about their dogmatism which might in future constrain our generation to live with national integrity and cultural dignity.

Prof Dr.A.H.M.Zehadul Karim is a former Vice Chancellor of a public university in Bangladesh, now teaches at Jagannath University

Witnessing the emergence of ‘new normal’

An attempt to create a vacuum in politics

Covid-19 variants can ruin summer if we let them