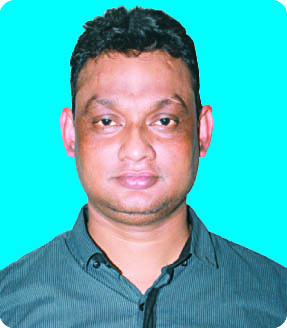 ISCON sources told this correspondent that foreign intelligence agencies have warned Bangladesh government about the possible militant attacks. After getting such secret intelligence report from a neighboring country, law enforcing agencies have taken extra measures for ensuring safety and security in and around the temples across the country to prevent any possible attempt of terrorist attacks.

The enhanced security already in place was visible at the Swamibagh Temple on Friday. This correspondent during a visit there in older part of the city in Tikatuli found many of the devotees being strictly checked by the law enforcers at the entrance flanked by a number of armed guards closely monitoring every movement. Sukhi Sushi Das, one of the leaders of ISCON Bangladesh chapter, said, “We have already informed the Home Minister and senior police officers about such possible attacks.”

Sukhi, however, told Bangladesh Post that many of the devotees are now scared when they are outside the protected temples, especially after the militant’s propaganda campaign. According to ISCON leaders, after the killing of BUET student Abrar Fahad and Bhola incident, some vested quarters are trying to devastate communal harmony between Hindu and Muslim communities, spreading misleading information. 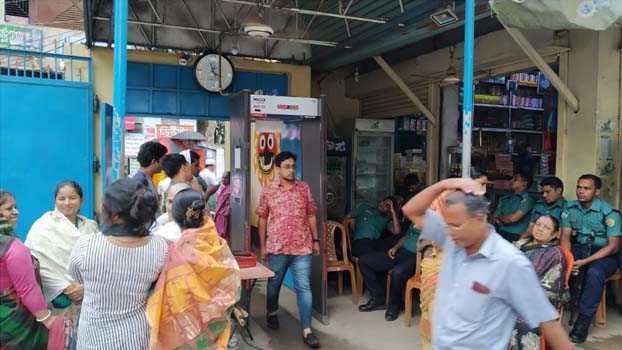 They are circulating baseless propaganda against ISCON using different social networking sites including Facebook, Twitter and YouTube. The militant groups are allegedly publishing posts on such social media claiming that ISCON masterminded and was behind both, Abrar murder and Bhola incident. The conspirators expanded their networks in various sectors of the society, including in media, which can be proved if any one reads some media reports, the ISCON leaders said.

These media reports claimed that the arrested Amit Saha, one of the key-accused in Abrar murder, is a member of ISCON. Terming the media report totally baseless, ISCON leaders said, “ISCON has no relations with Amit. Amit was never involved with ISCON.” Biplob Chandra Shovo, who was arrested in connection with the deadly Bhola clash, which left four fanatics killed and more than fifty injured, is also not a member of ISCON.

The leaders of ISCON Bangladesh chapter said, “The media workers who are instigating people through their fake news should be punished.” They also demanded quick action against those engaged in spreading such misleading information trying to pursue others in the society to hate Hindus and their activities and hence disrupt communal harmony.

It is said that the Neo JMB receives fund from some Middle Eastern countries for conducting their Jihadist activities. But getting only funds depends on the successful militant attacks they carry out. For this particular reason Neo JMB activists are looking for opportunities in making successful terrorist attacks and be in the news to claim their funds.

The militant organization, Neo JMB, has targeted ISCON for an obviously reason – drawing global attention like the IS in the Middle East. “You see ISCON is well recognized worldwide and any attack on ISCON is an attack on the good will or reputation of ISCON which associates thousands of influential people across the globe,” said one of the devotees.

Radharomon Das, one of the spokesmen of ISCON said, “They have 19 temples in Bangladesh. They are feeling insecure for last few months.” ISCON distributes day meal in remote areas in Bangladesh. That is why ISCON members have to regularly visit the remote villages. But some Jihadists organizations are not accepting this issue.

Frappart to be first woman referee at men’s World Cup