Foreign ministers and their many tales 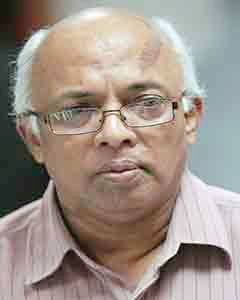 Mike Pompeo was most undiplomatic the other day when he termed John Bolton a traitor. He was angry that Bolton, a man himself without a good diplomatic reputation in these times, had narrated certain unsavoury tales in his recent book.

American secretaries of state before Pompeo, even John Foster Dulles, were different, in tone and tenor and levels of sophistication. Pompeo is a different, unsettling kettle of fish altogether.

One expects diplomatic language and political finesse in those who serve their countries as foreign ministers. And, of course, there is always the question of ability in doing a difficult job.

A foreign minister’s job is one of the most difficult in the world. It was done with great skill by Atal Behari Vajpayee when he served as India’s foreign minister in the Janata government of the late 1970s.

Much the same can be said of Lakshman Kadirgamar, who as foreign minister of Sri Lanka was the repository of abiding respect everywhere.

There are all the times when conscientious foreign ministers feel they need to make their way out of government. That happens when they cannot agree with their governments any more or when they feel that there are people around them constantly undermining them.

When foreign ministers resign or are made to quit, the world takes notice. It stems from the feeling that diplomacy has either slipped into a state of decline or is about to be resurrected through new strategies.

Iran’s suave foreign minister Mohammad Javad Zarif made it known a few years ago that he was resigning from a position he had held for the past six years.

President Hassan Rouhani did not accept the resignation. Zarif stayed on, defending Iranian interests in a world where too many people are bent on creating impediments to Tehran’s forward march.

Zarif has been a diplomat of accomplishment, respected on a global scale. That is not something one can say about some other foreign ministers we have known in our times.

In the 1960s, Zulfikar Ali Bhutto, Pakistan’s foreign minister in the Ayub Khan regime, initiated the country’s shift away from its West-oriented diplomacy through having it develop links with China.

By 1966, though, Bhutto had brought misery upon himself. Lyndon Johnson, Harold Wilson and Alexei Kosygin considered him anathema. And when he turned against Ayub Khan, he was shown the door.

Foreign ministers are sometimes men of idealism, a moral principle which often lands them in trouble. Dr. Subandrio shared Indonesian President Ahmed Sukarno’s view that diplomacy ought to be an assertion of national independence.

When General Suharto seized power following the so-called abortive coup in September 1965, Subandrio was tried by the army and sentenced to death. He did not, however, walk the gallows. After long years in solitary confinement, he was freed. He never said a word, never appeared in public.

For Bangladesh in the course of its struggle for freedom, its provisional foreign minister Khondokar Moshtaq was detected conspiring to undermine the struggle once he made his way to speak for his country at the United Nations.

He was prevented from proceeding to New York. He did not forget the insult. Four years later, he made sure that Tajuddin Ahmad, the prime minister who had put the leash on him, did not live.

Some foreign ministers have been known to resign on grounds of principle. Ismail Fahmy, unable to accept Egyptian President Anwar Sadat’s visit to Jerusalem to meet Israel’s leaders in what was certainly a diplomatic breakthrough in 1977, resigned from the office of foreign minister.

And so he was certainly surprised when new Soviet leader Mikhail Gorbachev kicked him upstairs in the glasnost-perestroika era as president and replaced him with Eduard Shevardnadze. Gorbachev needed to stamp his own authority on foreign policy.

So did Mao Zedong in neighbouring China, where Marshal Chen Yi nominally served as his country’s top diplomat at the pleasure of the Great Helmsman.

In India, foreign ministers, officially referred to as ministers for external affairs, have not quite enjoyed the clout that top diplomats ought to have. In his lifetime, Jawaharlal Nehru was, besides being prime minister, his own foreign minister for a number of years.

Even so, mention must be made of Sardar Swaran Singh in the Indira Gandhi years. And there was the unfortunate Natwar Singh, whose stewardship of the foreign office --- at a time when Manmohan Singh served as prime minister --- came to an abrupt end in the early 2000s over the Iraqi oil-for-food scandal. In France, Maurice Couve de Murville served as foreign minister under President Charles de Gaulle for a decade.

De Gaulle trusted his judgment. Quite clearly, Uganda’s psychologically disturbed dictator Idi Amin was not a man to trust anyone. He appointed the beautiful Princess Elizabeth Bagaya, to her surprise, as his foreign minister and then began making sexual advances to her. When she rebuffed him, he dismissed her and accused her of having had a sexual escapade with a white man.

Some foreign ministers have had the good fortune of rising to the top leadership of global bodies or of their countries. Willy Brandt was both deputy chancellor and foreign minister in the grand coalition he shared with West Germany’s Chancellor Kurt-Georg Kiesinger. In 1969 he took over as chancellor.

In Algeria, Foreign Minister Abdel Aziz Bouteflika was to rise to the office of president in his country. Dr. Kamal Hossain, foreign minister in Bangabandhu’s government, not so fortunate, campaigned for Bangladesh’s presidency in 1981 but lost to Justice Abdus Sattar.

US Secretary of State Henry Kissinger could not expect to be president since he was a naturalized American. But that does not obscure the truth that in his days as national security advisor to President Richard Nixon, Kissinger consistently undermined Secretary of State William P. Rogers, to a point where Rogers made his way out in 1973.

One of the more capable foreign ministers in the 1980s was France’s Roland Dumas in President Francois Mitterrand’s government. Much the same can be said about Sri Lanka’s Lakshman Kadirgamar, who would be assassinated by the Tamil Tigers.

Going back to Iran, it is hard not to remember Sadegh Ghotbzadeh, who served Ayatollah Khomeini as foreign minister before being accused of conspiracy to assassinate the supreme leader. He was executed in 1982, a time when Iran was yet in revolutionary ferment.

British Prime Minister Harold Wilson, exasperated by the tantrums thrown by Foreign Secretary George Brown and also by his almost endless state of inebriation, eventually showed him the door. Joachim von Ribbentrop, foreign minister in Adolf Hitler’s Nazi regime, was tried for war crimes in Nuremberg at the end of the Second World, found guilty and hanged to death.

In Australia, Kevin Rudd served as prime minister for three years before taking over as foreign minister under Julia Gillard. And Gillard had earlier served under him as deputy prime minister.

Britain’s Sir Alec Douglas Home was prime minister for a year following Harold Macmillan’s resignation on health grounds in 1963. In 1970, under Edward Heath, he served as foreign secretary for the four years in which the Tories held power until Harold Wilson returned to 10 Downing Street.

Some foreign ministers have shown remarkable profundity at certain turning points in history. Britain’s Sir Edward Grey stood at his window in London’s Whitehall as the First World War threatened to convulse Europe and mused:

“The lamps are going out all over Europe; we shall not see them lit again in our lifetime.”

Syed Badrul Ahsan is a journalist and biographer

World is looking at India with distaste and dismay

China constrained as much as controlling in the South Pacific

Are diplomats in Bangladesh trying to interfere with its internal matters?

Where the homeless are ignored and vilified